Blood on the press 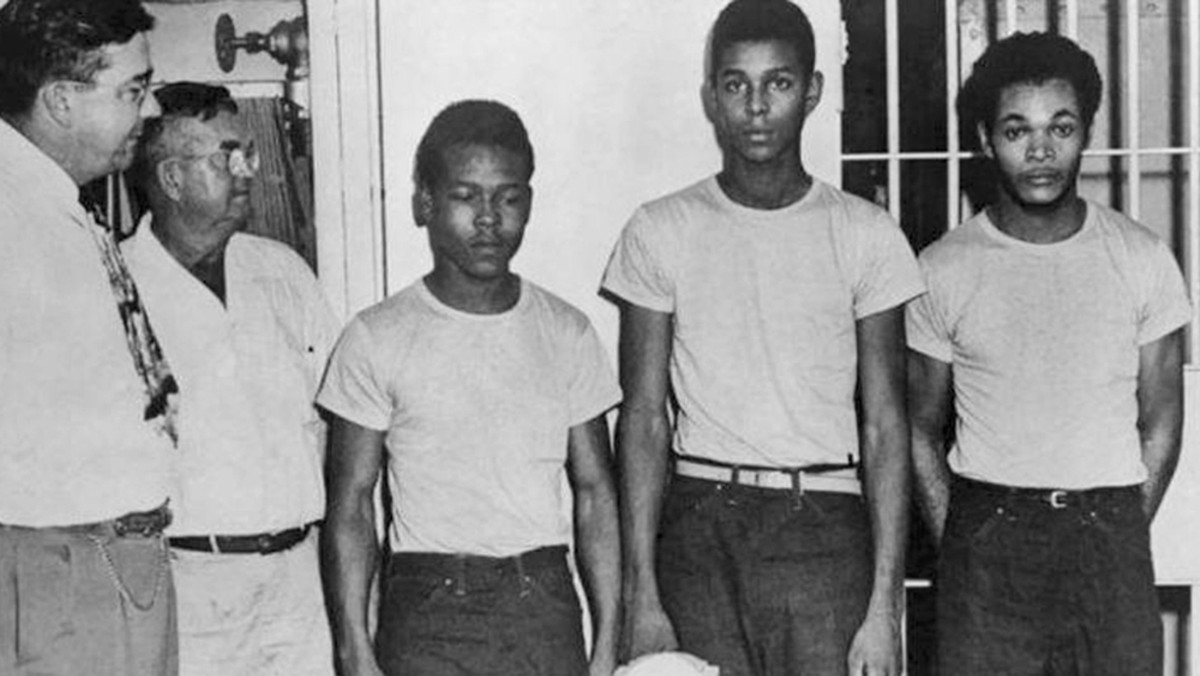 Over the past century and more, white-owned newspapers across the South published racist editorials and reporting that inflamed mobs in cities like Wilmington, North Carolina; Atlanta, and Tulsa, Oklahoma, to go on rampages that cost the lives of hundreds of African Americans. Others incited lynchings, and justified – even congratulated – the mobs that carried them out.

A handful of these newspapers, those with blood on their presses, have written apologies for their historic roles in inciting racist violence. Other papers have folded, too late for apologies. And some are still making up their minds.

The Orlando Sentinel, for example, has yet to take responsibility for its disgraceful, distorted coverage of the events of Election Day 1920 in Ocoee, when a black man, Mose Norman, was blocked from voting in that city.

He was sheltered by another black Ocoee resident, Julius "July" Perry, who fought off a white mob that fired into his home. Perry was arrested and later taken from his cell in the Orange County Jail and lynched.

A white mob proceeded to kill an estimated 50 black residents and burned two dozen of their homes, several churches and a lodge meeting hall. Those remaining were driven from Ocoee, not to return for 60 years.

However, the Sentinel described this rampage as a "race riot" and reported the story under the headline "Race trouble at Ocoee claims 2 white victims." Those other 50 or so victims didn't rate a mention at the top of the column.

Writing about the incident years later, Eatonville's Zora Neale Hurston described it as what it was: a "massacre."

But there's another civil rights incident for which the Sentinel has acknowledged only part of its involvement – its coverage of the Groveland Four.

The Sentinel was at the center of the infamous 1949 case in which four young black men were wrongly accused of raping a young white woman in Lake County. A front-page cartoon run by the Sentinel just as a grand jury was convening featured a drawing of four empty electric chairs, under the headline, "No Compromise!"

One of the four young Groveland men ran and was murdered by a posse led by the notoriously racist sheriff of Lake County, Willis McCall, before he could be tried.

Two of the others were sentenced to death, and one to life in prison. Their lawyer, future U.S. Supreme Court Justice Thurgood Marshall, appealed the sentences, and as the three survivors were being transported to court for that appeal by McCall, he shot two of them, killing one. 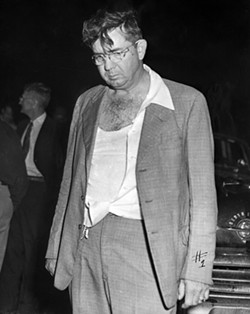 A new half-hour film titled The Groveland Four screened downtown last week as part of the 2019 Orlando Urban Film Festival, in conjunction with UCF's Center for Emerging Media. The 30-minute docudrama was produced, directed and financed by Florence Alexander, a Longwood management consultant and entrepreneur.

The 80-year-old novice filmmaker previously directed Before Selma: The Harry T. Moore Story, a 90-minute film for which she says put up a million dollars of her own money. Much of that documentary was shot and produced on Alexander's Sweetwater estate. It is based on her paperback book of the same name about the civil rights leader who was killed, with his wife, in a still-unsolved Klan bombing in 1951 as they slept in their Mims home.

An earlier 90-minute documentary, based on Gary Corsair's 2004 book, Legal Lynching: The Sad Saga of the Groveland Four, aired nationally on PBS in June 2018, and also focused on the Sentinel's inflammatory coverage. Yet a third screen version has been optioned by Amazon Studios, based on Gilbert King's Pulitzer Prize-winning 2013 book, Devil in the Grove: Thurgood Marshall, the Groveland Boys, and the Dawn of a New America.

On Jan. 6 of this year, following expressions of regret by the state Legislature and the cabinet, the Orlando Sentinel published a heartfelt – if much-belated – apology for its racist news and cartoon coverage of the Groveland Four, largely in reaction King's book.

"We're sorry for the Orlando Sentinel's role in this injustice," they wrote. "We're sorry that the newspaper at the time did between little and nothing to seek the truth. We're sorry that our coverage of the event and its aftermath lent credibility to the cover-up and the official, racist narrative.

"We're sorry that reporters and editors failed in our duty to readers, to the community and to the Groveland Four and their families."

The paper's coverage was so egregious that it merited a rebuke from U.S. Supreme Court Justice Robert H. Jackson, in his 1951 decision to overturn the Groveland convictions. "Newspapers, in the enjoyment of their Constitutional rights," he wrote, "may not deprive accused persons of their right to a fair trial ... (S)uch a crime stirred deep feeling and was exploited to the limit by the press."

Taking responsibility for long-ago acts can be ethically problematic, especially when they are incomplete. Hindsight conveniently cedes the moral high ground, without consequence, to contemporary apologists. Still, history has its claims, and there was one conspicuous gap in the Sentinel's mea culpa.

The paper's 1986 obituary for Andersen described him as "a near-penniless high school dropout who rose to change the face of Central Florida as the crusading editor-owner of the Orlando Sentinel ... His influence in the development of the area deemed equaled by no other." Sadly, that influence was used to air his repulsive views in the pages of the Sentinel.

While the sentences of the three surviving members of the Groveland Four were under appeal, Andersen used his bully pulpit to proclaim: "A few smart lawyers who are agents of different organizations seek to hamper justice through the employment of legal technicalities. They may bring suffering to many innocent Negroes." 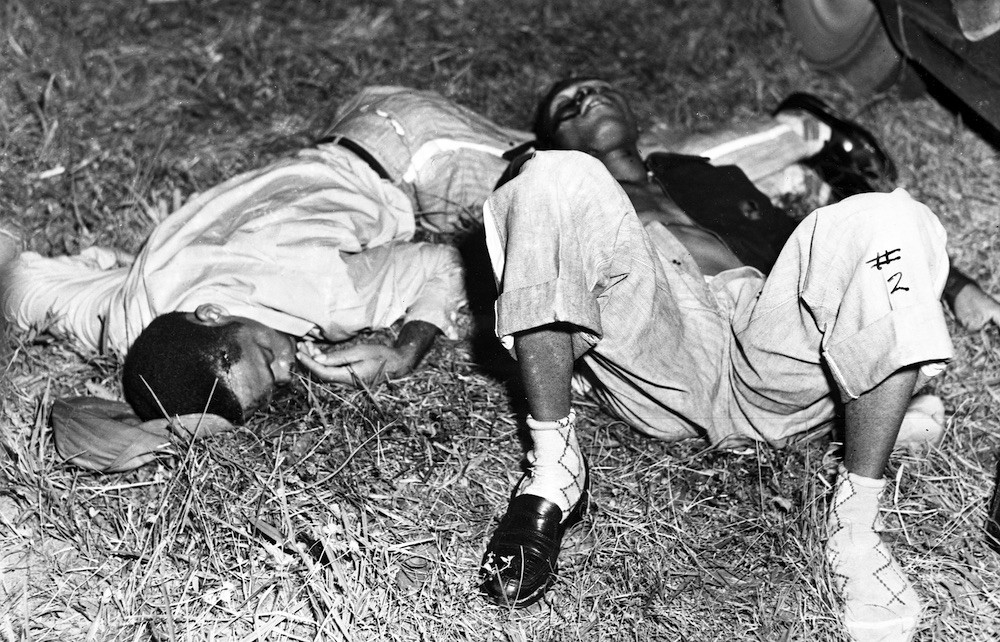 photo via Florida State Archives
The bodies of Shepherd and Irvin after Sheriff McCall shot them, 1951

It was after this was published, before a new trial could take place, that Sheriff McCall shot two of those survivors, leaving one dead and another gravely wounded. Yet, conspicuously, Andersen's role was not mentioned in the Sentinel's apology.

The Sentinel needn't have waited quite so long to address its failings in the Groveland case.

In it, Chapin compared Akerman to Atticus Finch in To Kill a Mockingbird and recalled how ill-treated he was by the newspaper.

The son of a federal judge and the grandson of a U.S. attorney general, and himself a pillar of the local establishment, Akerman reluctantly agreed to join Thurgood Marshall in defending the Groveland Four. A former Republican state legislator and 1948 national convention delegate, Akerman aspired to a career in public service. But, Chapin wrote, as a result of his treatment by the Sentinel, "his political future in ruins and his legal practice and reputation damaged by his role in the Groveland case, (he) moved to Virginia."

In the mid-1950s, Chapin recalled, Akerman wrote to the Sentinel Morning News:

"Someday, God willing, the true facts of the Groveland case will be unearthed and brought to light. It is my firm belief that when this occasion does arise that even your editorial writers will no longer condemn but will respect me for my activities in this case."

Someday, Akerman may get that apology.

This article is adapted from "Maligned in Black and White," published on Poynter.org by Orlando freelance journalist and author Mark I. Pinsky. Pinsky, a former senior reporter for the Orlando Sentinel, has been reporting on racial justice issues around the Southeast for nearly 50 years.