The Year of Our Lord 2008 was anything but puppies and rainbows. Economically, this was the worst year America has seen in decades: The stock market crashed. The auto industry flopped. Media companies can't declare bankruptcy fast enough. The federal government bailed out bankers to the tune of $700 billion while the rest of us counted pennies and saw foreclosure signs pop up all over the neighborhood. Add to that the two wars the U.S. is still fighting, gay marriage bans in Florida and California — California! — and the national embarrassment known as Sarah Palin.

Locally, Orlando's city government seems determined to spend money it doesn't have on sports venues nobody wants, while doing nothing to help the homeless or create a public transportation system that people want to use. This city also went gaga over hosting Wrestlemania 24 in March, which was humiliating. And to top it all off, there was the excruciating Casey Anthony spectacle.

Yeah, it's been a crappy year. But this being the holiday season — that time of year when nothing newsy goes on — we're looking back on some of the good things that happened in a year that otherwise sucked. So here are our eight favorite news stories of 2008. Reminisce with us.

Maybe this one only makes the list because we kept our jobs, but our eighth-favorite story is this newspaper's settlement with the Metropolitan Bureau of Investigation in late February, wherein the MBI dropped the racketeering and prostitution-related charges against Orlando Weekly and three of its employees. Ostensibly, those charges had nothing to do with our negative coverage of the MBI and everything to do with the supposed crime of selling ads to prostitutes. Facing our motion to dismiss, Orlando's morality enforcers took their ball and went home. Meanwhile, the case further exposed the MBI for the vindictive hacks that they are, and in our minds, that's a victory.

There was something heartwarming about U.S. Rep. Tom Feeney's come-to-Jesus political ad this year. It wasn't just the priceless words of contrition about his ethics-skirting trip to Scotland with corrupt lobbyist Jack Abramoff in 2003 — "It was a rookie mistake and I did everything I could to make it right. … I embarrassed myself, I embarrassed you, and for that, I'm very sorry" — nor was it the homey breakfast nook from which he chose to deliver them. It was the fact that the voting public saw through this pathetic political tactic and resoundingly tossed him out of office. When corrupt assholes lose, we all win.

In a year that saw gay issues being stampeded on the way to a populist's presidential election, the fact that the city of Orlando finally granted gay (but not straight) domestic partners employee benefits provided at least one ruby-red slipper to distract us from the movement's decline. Even though the city's move only cost about $40,000 per year, there were apparently Bibles and controversy backstage. In the end, though, gay commissioner Patty Sheehan was able to woo the dais and fulfill her long-delayed promise to the gay community.

There's something in the dwindling waters of the Everglades that spins the ideological compasses of conservative leaders and renders them temporary liberals, or at least putative environmentalists. Back in June, Gov. Charlie Crist — with the continued support of conservative legislators who had approved nearly $200 million toward restoration the year before — launched an ambitious plan to invest $1.75 billion in 187,000 acres of wet, grassy land owned by U.S. Sugar; U.S. Sugar, in turn, would go out of business in six years. If Crist's efforts work out, he may be remembered for something other than being John McCain's almost-gay also-ran — and we may save the precarious ecosystem of the 'Glades for another generation.

You wouldn't think that the $4-plus-per- gallon gas prices we saw over the summer would qualify as good news, but it does and here's why: For the first time in 30 years, Americans realized that our long-term energy problems are real, and mass transit's popularity reached all-time highs. Yeah, gas prices have descended since, but if we don't let our awareness slip away, we may finally be able to do something about it, and that would make this summer's pain completely worthwhile.

It's always good to see justice served, even if it's nearly three decades too late. On Dec. 10, the state of Florida announced that it wouldn't seek to retry Bill Dillon, who has spent the last 27 years in state prison for a 1981 murder he didn't commit. The real tragedy here is the farce of a case brought by Brevard County's prosecutors, which included a star witness sleeping with a cop and a half-blind "eyewitness," among others. They compounded that wrong by dragging out the DNA testing process as long as possible. But in the end, Dillon went free, and that's something we can all celebrate.

Another rare instance of justice served this year: In September, the ACLU convinced a federal judge to toss out a 2006 city law that made it illegal to feed people in public parks. The city's controversial ordinance made it a crime punishable by two months in jail to feed more than 25 people in a park without a (tightly restricted) permit. Last year, the city even tried to prosecute local activist Eric Montanez for this high crime, though a jury cleared him. This year, two groups that often feed the homeless — First Vagabonds Church of Orlando and Orlando Food Not Bombs — got to plead their case before Judge Gregory A. Presnell, who eventually ruled that the city's ordinance had "gone too far" and violated their First Amendment rights. Undaunted, the city plans to appeal, because it apparently has lots of money to spend on running undesirables out of sight. Still, score this one a victory for human decency … at least for now. 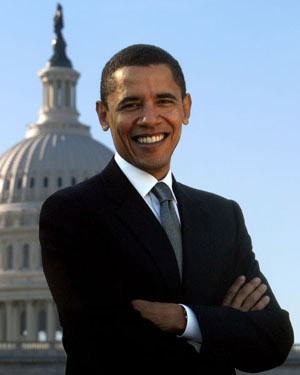 There are two reasons President-elect Obama's decisive Nov. 4 victory tops our list this year, and neither has to do with the victory itself. Sure, seeing President Bush retreat to obscurity in some hoity-toity Dallas neighborhood will be nice. But more importantly, this election was a total repudiation of both Rovian politics and the right-wing policies that have failed this country for the last decade. Finally, after years of acquiescence, the American public revolted against an economic policy that valued tax cuts for billionaires over balanced budgets and health care, reckless war over negotiation, ideology over science, scapegoating and fear-mongering as a means to gain political advantage.

Even more impressive than that is the movement Obama inspired. Millions of people, many of whom had never before involved themselves in politics, knocked on doors and donated money to the campaign. For the first time in a long time, there was a certain energy, a sense that finally, the public was fed up, taking notice and starting to give a damn about the future of their country. Maybe that's fleeting. Maybe all the newfound civic idealism will evaporate with the next season of American Idol. But the fact that it existed, the fact that it's there, lingering beneath the surface of superficiality and materialism, gives us hope for the future.