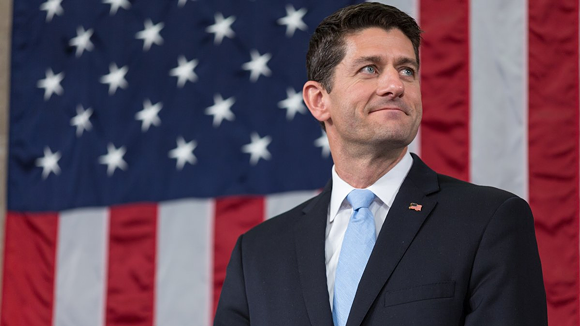 This afternoon, the House is finally expected to vote on the American Health Care Act, the Republican effort to repeal and replace the Affordable Care Act. This is more or less the same bill that died without a vote in March, after an analysis from the nonpartisan Congressional Budget Office that can only be described as politically calamitous: Medicaid would be gutted and twenty-four million people would lose health care coverage; millions more older, sicker, and lower-income people would pay thousands more a year in premiums, and subsidies to purchase health care will be reduced; all while rich people score a massive tax cut. Good luck selling that back home.


The thing was, though, it was really the CBO that doomed Paul Ryan’s AHCA. It was opposition from the self-proclaimed Freedom Caucus — including North Carolina congressman Mark Meadows — who thought the bill violated core conservative principles. It kept Obamacare’s provisions mandating that insurers cover pre-existing conditions and what are known as essential health benefits: things like hospital, maternity, and mental health care.

AHCA 2.0 bent over backward to accommodate Meadows and company. And here’s where things get complicated. That essential benefits and pre-existing coverage mandates are far and away the most popular provisions of Obamacare, which is far more popular than the Republican plan to replace it. So Republicans can’t very well scrap them — if for no other reason than doing so would lead to a wave of moderate defections and doom the thing.

Which brings us to the MacArthur Amendment — the fix.

Contra Ryan’s tweet, this has been verified by nobody and is in fact outrageously, absurdly mendacious.

In short, the MacArthur Amendment allows states to apply for waivers from these requirements, which would allow insurers in their states to charge higher rates based on a person’s health status.

Here’s FiveThirtyEight on how those waivers would work:


Before Obamacare, insurance companies routinely refused to cover people with health issues or to pay for costs related to those health issues if they did offer coverage. Obamacare required insurers to offer coverage to everyone who could pay and legislated the type of coverage plans must offer.

But it also regulated how much insurers could charge people with health issues, by requiring what’s known as a community rating. That meant insurers suddenly had to charge everyone the same price for the same coverage — with exceptions for smokers, who can be charged more, and some adjustment based on age (insurers can charge the oldest buyers up to three times what they charge younger buyers). But prices can’t be based on factors such as a person’s sex or how sick they are. Under the GOP plan, states could get a waiver that would allow insurers to set prices based on how healthy a person is.

This means that while the pre-existing conditions mandate would technically exist, it would be rendered irrelevant, in that insurance companies could charge people with those conditions premiums they couldn’t hope to afford. With older and sicker people pushed off the market, premiums would probably go down for the young and healthy. The poor and sick, meanwhile, would be shuffled off into what are called high-risk pools, which would be subsidized by the federal government.

The problem is twofold: one, this is a horribly inefficient system; two, Republicans aren’t willing to advocate nearly enough money to accomplish it. The original AHCA had about $130 billion set aside over a decade for a “state stability fund,” which could (but didn’t have to) include risk pools. Policy experts, however, warn that a real high-risk pool needs at least twice that much.


Larry Levitt, a senior vice president at Kaiser, said based on old experiences and the number of people with preexisting conditions, high-risk pools need a lot of money put toward them to be effective.

Even an estimated from conservative analysts James C. Capretta and Tom Miller said that in order to operate functional high-risk pools in all 50 states, the federal government would need to provide $15 billion to $20 billion annually … . A separate analysis from Emily Gee and Topher Spiro at the liberal Center for American Progress found that high-risk pools would need $327 billion over 10 years, leaving the AHCA well short under the current plan.

So when the MacArthur Amendment was introduced last week, it didn’t seem to change the AHCA’s fortunes much. But then, earlier this week, a Michigan moderate named Fred Upton secured $8 billion over five years to bolster the risk-pool fund — a fig leaf in policy terms, but now, Republicans think they have the votes.


The latest addition to the GOP bill would provide $8 billion over five years to help people with preexisting conditions — including cancer, high blood pressure, asthma and even pregnancy sometimes — afford coverage.

In both substantive and political terms, this amendment is meant to counterbalance Republicans’ previous change to tilt federal health-care policy in a more conservative direction. Last week, to gain support from the chamber’s hard-right faction, the Freedom Caucus, the legislation was altered so that states would be able to circumvent current federal protections that forbid insurers from charging customers with preexisting conditions more than other people.

Though substantial changes have been made to the bill since March, Republicans have not allowed it to be scored again by the CBO. So, even though health care accounts for one-sixth of the American economy, we have no idea how many people will be uninsured if this bill becomes law, how much more sick and poor people will have to pay for their health care, whether and by how much it will shrink the deficit and slash taxes for the wealthy, or whether it will destabilize the individual health care market.

More than that, in start contrast to the month of committee hearings and markups and endless debates that defined the Affordable Care Act debate in 2009 and 2010, Republicans — despite seven years of complaints over the supposedly rushed, nontransparent Obamacare process — haven’t held so much as one hearing or listened to one bit of testimony on AHCA 2.0. But they’re rushing to do this before the recess that begins tomorrow, because they know if their members go home and get an earful from constituents, this thing is dead.

The truth is this: Republicans are voting on something without having the slightest clue what will happen if it becomes law. They just want a win so their president doesn’t look like a feckless chump.

And while there are lots of things we don’t know, we do know this: the Republicans’ win today, should they get it, will cause Americans to die — some forty-four thousand a year, according to an analysis published in the Washington Post by two professors of public health at City University of New York.

This legislation is immoral, devoid of empathy and rooted in avarice, a cold political calculation that will, quite literally, get people killed to prop up failing politicians and their flailing party. It needs to die.

There’s still time to strangle this monster in its crib. The vote’s going to be close. Call your representatives. The congressional switchboard number is (202) 224-3121. Light it up.