The GOP base have called Jan. 6 a false flag, blamed it on infiltrators, and insisted it ‘was not an insurrection’ — everything but look it in the eye 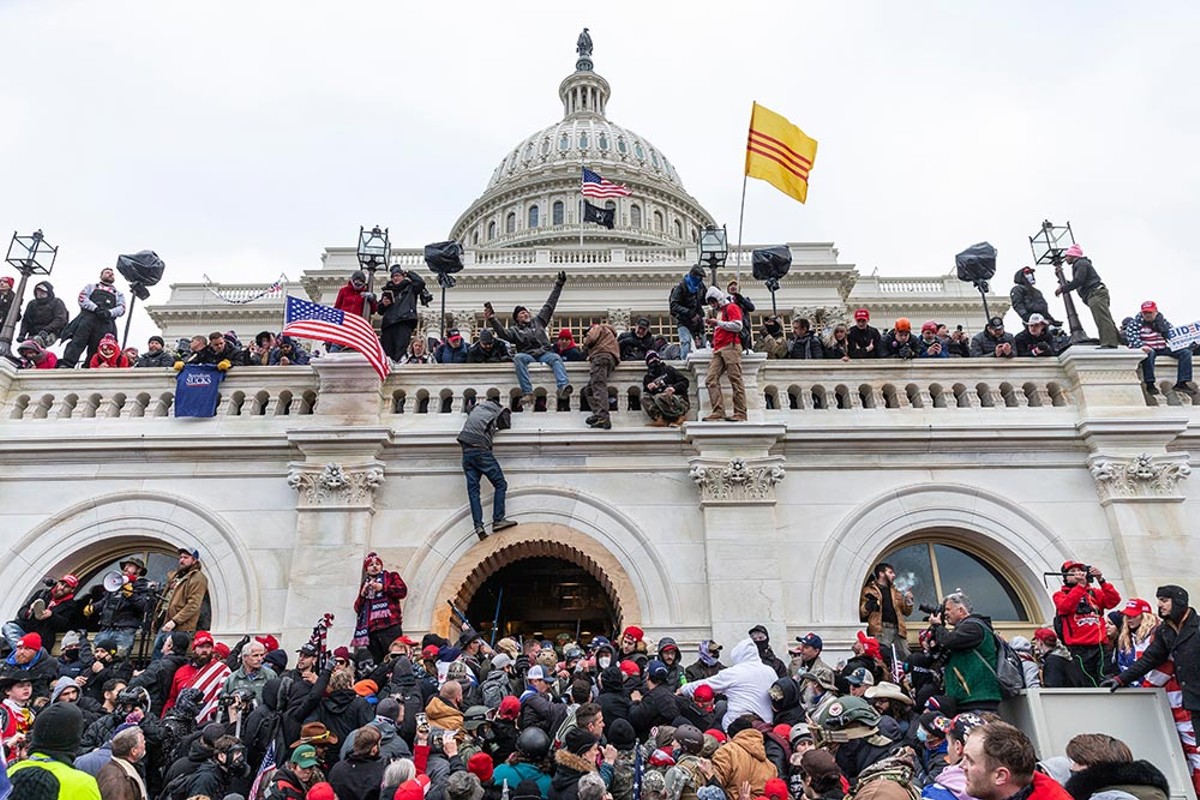 This happened. Photo by Lev Radin/Shutterstock

The Republican line that last Thursday’s Jan. 6 Committee hearing was an “illegitimate” “sham” won’t fly outside of die-hard partisans. The committee’s evidence was too compelling to ignore.

But they’re probably right that it won’t affect Democrats’ political fortunes this fall as much as inflation hitting 8.6% in May and gas prices eclipsing $5 a gallon.

“Is Nancy Pelosi going to hold a prime-time hearing on inflation?” said Rep. Steve Scalise of Louisiana, a member of the Republican leadership.

For 18 months, politicians who cowered during the riot have downplayed its significance. Weeks later, they refused to impeach Donald Trump for inciting the crowd, saying it was time to “move on.” As Trump maintained his grip over the party’s base, those who dared utter even the slightest criticism prostrated themselves before him.

They’ve called it a false flag, blamed it on antifa infiltrators, and equated it to “left-wing violence” — i.e., the vandalism that occurred during some Black Lives Matter protests. They’ve insisted it “was not an insurrection” and claimed the Biden administration is using it “to unleash the national security state against law-abiding U.S. citizens, especially Trump voters.”

They’ve done everything but look it in the eye.

All the while, the cancer at its heart grew: In polls, two-thirds of Republicans consistently say that the 2020 election was stolen.

Trump knew this wasn’t true. His campaign manager and data guru told him so. Former Attorney General Bill Barr, a lackey who brushed aside Trump’s obstruction in Robert Mueller’s investigation, told him “it was bullshit.”

But Trump fanned the flames anyway, aided by a coterie of low-rent hangers-on and grifters, as the “stolen” election became an article of faith in Republican politics. And here we are, living in a political reality in which reality itself is defined by ideology and partisanship.

This is why the hearings are necessary: So that we remember what these bastards would have us forget — the shock we felt watching a bunch of camo-clad Bubbas breach the Capitol, the visceral horror of witnessing a real-time Beer Hall Putsch.

Only now, we better understand how coordinated the attack was, and the degree to which Trump was not just a passive bystander but an earnest participant.

Trump, of course, wanted Pence to unilaterally declare him the victor — in other words, to stage a coup. Pence refused.

After he learned Pence had been forced to flee the Capitol, Trump tweeted, “Mike Pence didn’t have the courage to do what should have been done to protect our Country and our Constitution.” Told the rioters wanted to literally hang Pence, Trump responded, “Maybe our supporters have the right idea.” Pence, he added, “deserves” it.

Digesting it all, I couldn’t help but wonder why Trump isn’t spending his days in a federal prison, much less how he remains a front-runner for the 2024 Republican nomination.

Perhaps that’s why Fox News acted as Trump’s defense team last Thursday night, not airing the hearing itself, but allowing Tucker Carlson and Sean Hannity to spend two commercial-free hours “rebutting” it, drawing on the likes of Tulsi Gabbard and Darren Beattie — a Trump appointee who spent Jan. 6, 2021, telling Black people to “learn [their] place and take a knee to MAGA” — to cast doubt on the election and spread conspiratorial garbage.

There are a few reasons Democrats will get pummeled this fall (and they will). First, parties in power usually lose the midterms. Second, Democrats have an inherent disadvantage; they have to win the national popular vote by four or five points to keep the House, and polls have them losing by two. Third, you don’t overcome those headwinds when inflation is spiraling.

Nothing in these hearings will change that. The immediate threat to voters’ wallets will always trump the more abstract threat to democracy.

But while we need to reckon — right now — with the fact that Americans are about to empower representatives who have embraced the Big Lie, or at least the liar behind it, that doesn’t mean the Jan. 6 committee is pointless. It is laying down a historical marker and softening the ground for possible — though perhaps not likely — high-profile criminal prosecutions.

No less important, it’s building a runway for bipartisan legislation to stop a future coup attempt, making explicit what pre-Trump norms always assumed to be true: The loser shouldn’t be able to cajole and threaten his way into the White House.

That’s not the only election reform we need. But it’s a start.