The Democrats have leverage – but will they use it to prevent the bottom falling out of the economy? 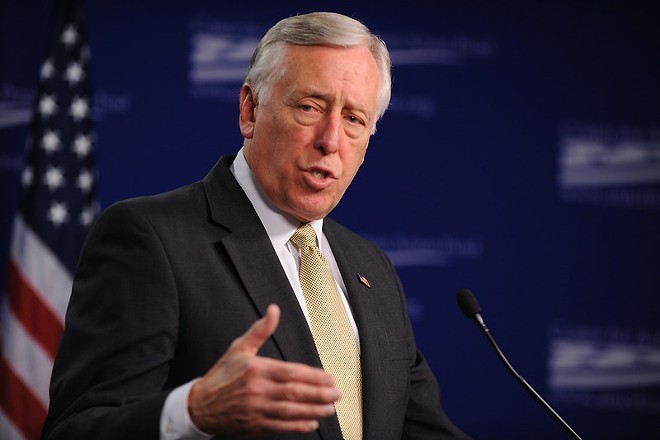 Typical of the Trump era, the past week offered countless stories that warrant your attention and indignation: the president dispatching stormtroopers to “Democrat cities,” asking the U.K. to relocate the British Open to his golf course and sending well-wishes to an accused pedophile, to name just three.

But there’s a looming crisis we shouldn’t overlook. For millions of struggling Americans, the bottom’s about to fall out of the economy, and the White House has no intention of stopping it.

After the unprecedented shutdown in mid-March, the only thing that kept 2020 from feeling like 1930 was Congress’ (and the Federal Reserve’s) equally unprecedented response. The CARES Act doled out $2.2 trillion in aid – much of it to the wealthy, but also propping up small businesses, supplementing the unemployment system and sending most taxpayers $1,200. (Congress later tossed an additional $484 billion into the pot.)

Long story short: The government paid people to stay home. The strategy worked. New cases declined. But President Trump, eyes fixed on the election, grew impatient. He demanded that states allow businesses to reopen. This worked, too, in the short run. In May, the economy added 2.5 million jobs; in June, 4.8 million. The White House, touting a recovery in full swing, put talk of another stimulus on the backburner.

Experts warned us to reopen slowly and gradually while mandating masks and social distancing and developing a testing and contact-tracing system to snuff out new outbreaks. But in a rush to restore normalcy, we didn’t do that. Many states dove in headfirst. At first, it didn’t seem to matter. On June 16, Vice President Mike Pence wrote an op-ed dismissing media hand-wringing about a second wave: “We are winning the fight with this invisible enemy.”

Veep Mike Pence: “We are winning the fight with this invisible enemy.”

It’s about to get worse.

On July 31, the $600-a-week unemployment supplement expires. More than 20 million people will see their incomes gutted, and many will be unable to pay rent or buy groceries. Dominoes will begin falling: The U.S. will face an eviction and foreclosure crisis. Billions of dollars will be sucked out of the economy. Millions of people will lose their jobs. Compounding matters, the Paycheck Protection Program was designed to tide over small businesses for about two months; that, too, has run its course.

Now the Trump administration is scrambling on a tight deadline – only it can’t figure out what this stimulus package should look like.

Trump initially insisted on cutting the payroll tax, which would a) only help those who still have jobs, and not much at that, and b) do nothing to stimulate the economy. He also demanded that Congress eliminate new CDC funding for COVID testing, a proposal so preposterous that I feel obliged to assure you I’m not making it up. Both proved unpalatable for Senate Republicans, who’d rather not drown in a blue tsunami in November.

Then again, many of them appear content to commit political suicide by other means: slashing the unemployment supplement from $600 to about $200.

Republicans say the benefit creates an incentive for workers to stay home, which isn’t entirely wrong. Two-thirds of laid-off workers get more money from unemployment than they did from their employers, and they don’t have to risk their lives to get it. The fact that that says more about wages and working conditions than it does the industry of the jobless probably hasn’t occurred to the well-heeled suits in Capitol cloakrooms.

Last Thursday morning, Senate Republicans announced an agreement with the White House on a package to scale back the unemployment supplement while providing funding to reopen schools (provided they physically reopen), replenishing the PPP, sending another round of $1,200 checks and shielding businesses from COVID liability claims. By that afternoon, however, the whole thing had unraveled amid Republican infighting. (Trump also threw in a last-minute demand to force the FBI to rebuild its headquarters opposite his Washington hotel rather than in the suburbs. Yes, really.)

It’s unlikely the Senate will pass anything before the supplement expires on Friday, and all but certain Republicans won’t make a deal with House Democrats by then.

Democrats have a strong hand. Trump is weak, vulnerable Republicans are eager to throw money at their political woes and voters are disinclined to reward penny-pinching. Polling shows that more than two-thirds of voters – including a plurality of Republicans – think the supplement should run through December. A majority are uneasy about their personal financial situation. And nearly half of Americans whose family members have lost jobs don’t think those jobs are coming back. In other words, this isn’t a politically opportune time to pull the rug out from under a nervous public.

Congressional Democrats have the leverage to pressure Republicans on key priorities like funding for state and local governments, expanding food stamps and extending unemployment assistance. If they give in, it’s good policy; if they’re obstinate, it’s good politics.

Or they could deploy the tried-and-true Democratic tactic of pre-emptive capitulation. Enter House Majority Leader Steny Hoyer, who last Thursday declared that eviscerating the unemployment supplement – the thing keeping more than 20 million Americans fed and housed – isn’t so much a deal-killer as a starting point for negotiations.

Which raises a question: What’s the point of having a strong hand if you lack the courage to play it?