As prescribed by tradition, December means year-end lists. But instead of pretending mine was the only opinion, I thought it might be interesting to ask local music-oriented folks – writers, musicians, promoters, Weekly contributors, etc. – what they thought were the most interesting musical things of 2004. Whether those things actually happened in 2004 or not was up to the contributor. I sent out an e-mail with some vague instructions emphasizing brevity (instructions I summarily ignored) and, surprisingly, most people responded. Below are those responses, mildly edited and in alphabetical order. I was fascinated by the differences in approach – some entries approached haiku – not to mention the wildly varying opinions. I fully expected to see a few records dominating, but there was little repetition among the lists. Thanks to everyone who participated.

MATT ALVERS (Alvers Management & Promotions)
1) Earthday Birthday: This was the first time I got to see Dimebag Darrell play live. I was too young to see him when he toured with Pantera. RIP.
2) Lost and Found closing: Totally bummed to lose, again, a great place to see some solid metal shows and drink strong drinks with friends.
3) Ashlee Simpson caught lip-syncing: One of the funniest things I have ever seen. Well deserved. Sadly, it didn't do more damage to her career.
4) Journals – Kurt Cobain: Should be a mandatory book for every musician or industry rep. Simply chilling. And I was never a huge fan by any means.
5) Evanescence, Linkin Park, Hoobastank, Godsmack: All reasons I hate listening to the radio now.

KATIE BALL (author, Any Cool Music?)
Noted events at Will's Pub: Sam Rivers, Red Shift Mantra, Mr. Quintron and Miss Pussycat. The Social: Bonnie Prince Billy, Will Johnson, Rocket 88. The Peacock Room: Delusionaires' geriatric Halloween. The Copper Rocket: Weary Boys, Legendary Shack Shakers, The Clumsy Lovers, Mesmer Machine (this band's miniscule local following made me briefly question my judgment, then they kicked ass and made fans of Bughead's Nathan Adams and Buddy's MF Emmons – reminding me why I do what I do).

BRIAN CHODORCOFF (guitar, The Legendary J.C.'s/Riverbottom Nightmare Band/Princeton's Guff/Cold Cut Combo)
The Orlando event that struck me the most this year was the overall consistency of great bands passing through town that used to usually avoid our city. There are too many great bands to name in such a short space, so more than anything, I'd like to thank the bookers and the venues in this town for bringing The City Beautiful the best soundtrack it has ever known. 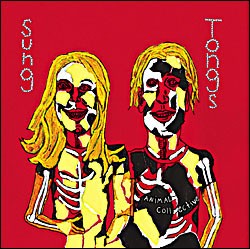 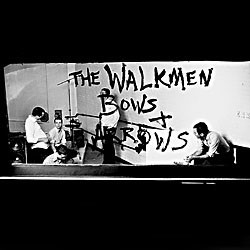 MICHAEL DONALDSON (aka Q-Burns Abstract Message; co-owner, Eighth Dimension Records)
1) The inevitable rock/dance/punk fusion hitting full stride this year. It's nice to see artists paying homage to bands like Gang of Four and Liquid Liquid even if they don't realize it.
2) The Album Leaf at The Social, Gibby Haynes and His Problem at Screamers and Kraftwerk at the Warfield in San Francisco.
3) Vinyl survives another year even though MP3s reigned supreme.
4) Discovering the book Our Band Could Be Your Life. Essential for anyone who loved/lived independent music in the '80s.
5) Sennheiser PXC-250 headphones for airplanes. Awesome!

JASON FERGUSON (music/books editor, Orlando Weekly)
I was surprised that there wasn't more metal, R&B and hip-hop on my list, as it seemed like that's all I listened to in 2004. Then I realized it was because of my iPod: Almost none of what makes me love those genres so much was realized in an '04 release. Regardless, here's some good 2004 stuff:
1) Bloom: I love this band so much, I ended up doing some work for them over the summer. (Any band that can induce me to work must be good.) Whether it was seeing them live or spinning their excellent O Sinner CD over and over again, the one question I kept asking myself was: Why doesn't Orlando know that one of the best and most interesting indie-rock bands in the country is right in their backyard?
2) M.I.A.: Piracy Funds Terrorism, Vol. 1 – Sri Lankan femme-cee skip-ropes her way through a grimy junkyard of Diplo beats.
3) Faces: Five Guys Walk Into a Bar – Four CDs of the best (and drunkest) rock band ever. Great post-Beer School listening.
4) Otto Von Schirach: July 22 at The Peacock Room – I almost lost an eye.
5) The New Roman Times: Another amazing and locally unappreciated band. International Affairs should have been released by the hippest indie label in the country. It ended up getting released by the guys at The Social. I think that's better.
6) Autolux: Future Perfect – Alt-rock done dreamily and heavily.
7) M83: Dead Cities, Red Seas & Lost Ghosts – Glitchy soundscapes and Gallic weirdness.
8) The Cure: Join the Dots: B-Sides and Rarities – This box set was great and all, but the main reason I loved it so much was because it made me revisit and reassess all those early Cure albums.
9) American Music Club: Not only did they release a none-too-terrible "reunion" album, but I got to see them play twice.
10) DJ Danger Mouse: The Grey Album – I had a hard time deciding between this and Björk's hour-long beatbox escapade when it came to calling a winner in the "Don't They Know This Is Too Good To Be Popular?" sweepstakes. The sheer illegality of this one won the day.

JEFF JONES (Hard Rock Live)
The Killers' Hot Fuss is one of my favorite CDs from this year. 2004 also seemed to be the year that everyone released greatest-hits CDs (which is a good thing if you have one of those CD jukeboxes that hold a certain number of CDs; one CD can replace a few and give extra spaces in the CD player). Saw Bowie and Prince on the same night in Vegas in January, an amazing night of live music.

MICHÈLE LANE (slide whistle dilettante, Troubled Children)
Sam Rivers live – Orlando is lucky to have Sam Rivers and all of his esteemed associates.
Pixies: Wave of Mutilation: Best of Pixies – Their songs will stick by you forever.
Muse: Absolution – Much like their first, Showbiz, it's dynamic and classical splendor.
Brian Wilson: Smile – His masterpiece. The bootleg versions are preferred, but the show he assembled? Brilliant.
The Mars Volta: De-Loused in the Comatorium – Provides aural "eargasms"!

BILLY MANES (columnist, Orlando Weekly)
1) Duran Duran: Astronaut – Shameless, albeit bloated, return to slinky rackjobber form for Wild Boys with a penchant for science fiction cocaine sex atop shopped-for models.
2) U2: How to Dismantle an Atomic Bomb – Big, embarrassing and perfect.
3) The Blue Nile: High – Neon-lit introspection for faces pressed to bars.
4) The Finn Brothers: Everyone Is Here – House re-crowded, The Finn Brothers split ends and look up, infectiously.
5) Morrissey: You Are the Quarry – Still miserable and better than everyone at being so. Thorn meets side … again.

RYAN MARSHALL (vice president of operations, Fighting Records; tour manager, Suicide Girls)
Concert Moment: Hundreds of blazing hot French girls scream as Mooney Suzuki pounds the crowd into a rock & roll frenzy in Montreal.
Dogs Die in Hot Cars: Please Describe Yourself
Stellastarr: Stellastarr
Death From Above 1979: You're a Woman, I'm a Machine
Tour Moment: The Suicide Girls beating the shit out of the spoiled brats in the band Emanuel (Vagrant) in the streets of Philly. Song: According to my iTunes, I listened to "So Long, Marianne" by Leonard Cohen 117 times in 2004. 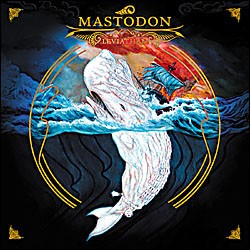 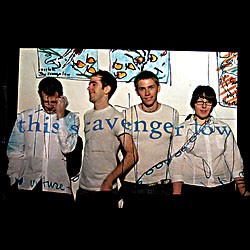 DEVIN MOORE (bassist/singer, Bloom)
Favorite Concert: The Pixies. I finally got to see the Pixies.
Favorite Album of 2004: Modest Mouse: Good News for People Who Love Bad News
Favorite Album I Purchased This Year: ELO's Out of the Blue went into the CD player in January and hasn't come out yet. (Thank god it's a multi-disc changer.)
Favorite Album by People I Actually Know: The New Roman Times: International Affairs
Favorite Album I Shouldn't Like: The Killers' Hot Fuss

ROB O'CONNOR (contributor, Orlando Weekly; reviews editor, Harp)
1) David Berkeley: After the Wrecking Ships – A boy, his voice, his guitar, his songs and a dream. Nothing simpler, nothing better.
2) Patty Griffin: Impossible Dream – Despondency makes the heart beat slower and it makes the songs more gripping.
3) Mark Lanegan: Bubblegum – Turn up the amps and hear the voice growl deeper and the blues go bluer.
4) Ataxia: Automatic Writing – Chili Peppers' John Frusciante imagines he plays in a Krautrock band from 1974.
5) Tom Waits: Real Gone – Grandpa Junkyard goes bottom fishing. You're supposed to wash your hands before you eat with them, Tom.

OMAR PEREZ (contributor, Orlando Weekly)
Ambulance LTD: Ambulance LTD – A hazy shoegaze ambience, colorful harmonies and polished pop guitar hooks made this NYC band's debut among the more promising albums of 2004.
The Catheters: Howling … It Grows and Grows!!! – Bursting straight out of the Seattle garage with raw rambunctiousness, Howling… was among the Emerald City's standout efforts.
The Nervous Return: Wake Up Dead – Fused with punk, pop, rock and glam, Wake Up Dead never lost momentum from beginning to end.

BRAD REGISTER (guitarist, Summerbirds in the Cellar)
I specifically remember Dr. John giving me strange dreams on late-night van trips. Roy Orbison is also as moving as ever. More currently, I think The Arcade Fire is the most inspiring release this year.

HEATHER GODWIN RYBKA (Orlando Opera)
Concerts: Jet. The return of Camaro rock without the Camaro. No leather gods here, Jet was hot Aussie boys playing blues rock in blue jeans. And the Orlando Philharmonic's "Dance Baby Dance" reminded me of what a sexy number West Side Story is; performed with real guts by the OPO.
DVD: Sonic Youth's Corporate Ghost. Kim Gordon. 'Nuf said?
CD: Lil Jon and the East Side Boyz' Kings of Crunk. What a blast. Such a profanely naughty indulgence – like a triple chocolate bonbon!

WILL WALKER (Will's Pub)
I believe if I didn't drink so much at shows, this would be a better list.
1. The Melvins at The Social. The timing couldn't have been any better. They were so loud that you couldn't think about the hurricane that was heading toward us the next day.
2. Bob Log III at Will's. I've seen him before but anytime a man in a space helmet and jumpsuit can make women show off their boobs, something special is going on.
3. Slim Cessna's Auto Club at Will's. A creepy, gospel-like experience that I haven't been able to shake out of my mind.
4. GBV at Tabu/Beacham Theater. Just cause I got to see a show there again. Plus I'm still putting the pieces together.