The 2018 March for Science rally returns to Orlando this month 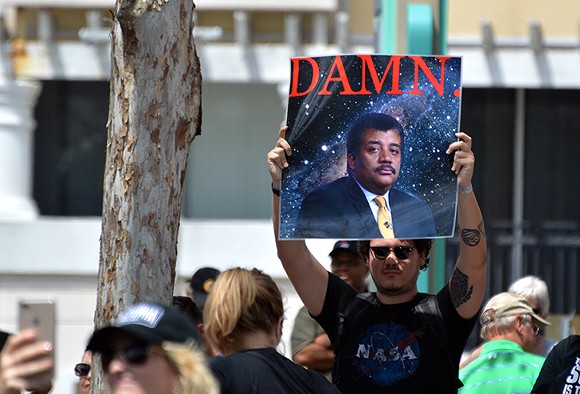 Photo by Monivette Cordeiro
Last year on Earth Day, more than 1 million people worldwide took to the streets in support of science.

This year's second annual March for Science will take place on Saturday, April 21, from 10 a.m. to 11:30 a.m. at Lake Eola on the corner of East Robinson Street and North Eola Drive.

Although over 200 satellite marches are scheduled, the theme behind the movement remains the same - urging political leaders to support "evidence-based policies in the public interest," according to March for Science. The organization recently emailed members a petition to push Congress to back up research on gun violence.

“This year we trying to put more emphasis on direct advocacy,” Caroline Weinberg, the interim executive director and co-founder for March for Science, told Science Mag.

You can RSVP for the event and find out more info here.