The 2017 hurricane season is over, and it was one of the worst on record 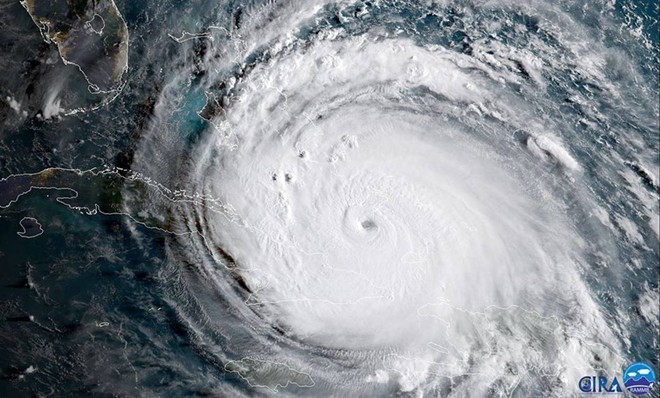 Photo via NOAA/CIRA
With hundreds of lives lost and billions in damage, the 2017 hurricane season is finally officially over.

The record-breaking season saw the most activity in the Atlantic since 2005, with 17 named storms.  The three major storms of the 2017 season, Hurricanes Harvey, Irma and Maria, all reached Category 4 and occurred within a month of each other. In 2005 there were 28 named storms and 15 hurricanes.

Hurricane Harvey made impact on South Texas from Aug. 25-29, most significantly flooding Houston and breaking the record for the most rainfall in a single storm. The storm caused up to an estimated $180 billion in damage, making it one of the most costly natural disasters in the U.S., according to Fortune.

Hurricane Irma, the strongest storm ever recorded in the Atlantic, was one of five storms to hit 185 mph wind speeds, resulted in 72 deaths and caused $19.4 billion dollars of damage in Florida, the Miami Herald reports.

A massive exodus of Puerto Ricans is on its way to Orlando – which could change the island, and Florida, forever: Storm surge

Puerto Rico was almost destroyed by the impact of Hurricane Maria, adding an estimated $45-$95 billion in damage to the island's already struggling economy. In the two months since the storm, half the population still is without power.

With damages still being assessed, the 2017 season will probably go down as the costliest ever.

The 2017 hurricane season was also the first on record to have two Category 4 hurricanes hit the U.S. in the same year (Harvey and Irma).