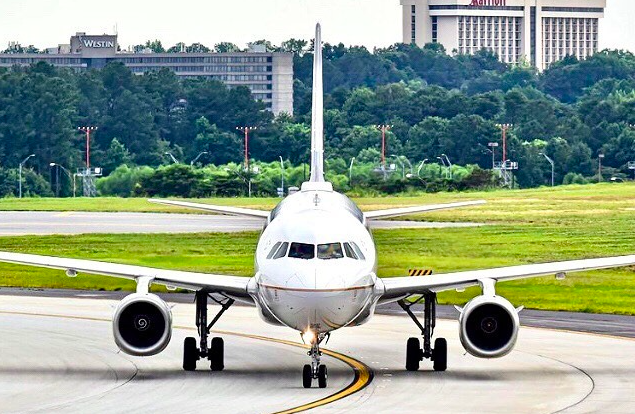 Hartsfield - Jackson Atlanta International Airport / Official Facebook
A Florida-bound flight made an emergency landing in Georgia after a passenger with a box cutter allegedly threatened other passengers.

A Frontier Airlines flight from Cincinnati to Tampa made an emergency landing in Georgia on Friday, Nov.11, due to  an aggressive passenger who had a box cutter. The passenger was said to be making threats of harming others on the plane, prompting a diversion.

The plane landed safely at Hartsfield - Jackson Atlanta International Airport, with no injuries reported to any passengers or flight crew. The passenger, whose name was not released, was then taken into custody by Atlanta police.

Police then discovered the man had been carrying two box cutters, one on his person within the airplane cabin and another in his carry-on luggage. The passenger's belongings were also tested for explosives.

Tim Turner, a spokesperson for the HJA International Airport, told The New York Times the suspect had been frightening passengers by threatening to stab them and members of the crew.

Box cutters are prohibited within an airplane's cabin. However, the item can be carried inside a checked bag.

The Transportation Security Administration said in an online statement that the passenger presented two bags to security screenings along with additional loose items inside a bin. TSA said that the "full capabilities" of their security technology were not used to their full extent.

TSA also said the box cutter was not detected by the technology used but was found after an additional search. The blades from the item were said to be removed but later returned to the passenger, which the agency says is against its standard procedure.

The agency said TSA employees did not follow proper protocol as the items should've been voluntarily disposed of or placed in a check-in bag.

"The TSA employees involved in this incident have been placed in a training status for remediation on CT image review and physical search procedures," the agency said. "TSA is also conducting shift briefs on the incident for all CVG and State of Kentucky employees, with reminders on proper disposition of box cutters and other prohibited items discovered during search.

TSA is currently conducting a review of the incident alongside an investigation by the United States Attorney's Office.