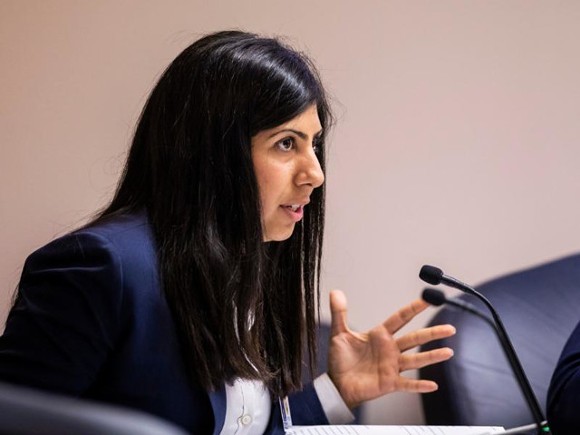 Florida Republicans dominated Tuesday's elections from the top of the ballot on down, leaving Democrats searching for answers after more than two decades of GOP control of the state.

In a victory that by Sunshine State standards was a landslide, President Donald Trump defeated Democratic presidential candidate Joe Biden by more than three percentage points in Florida, more than doubling the edge he held over Democrat Hillary Clinton four years ago.

Republicans upset two incumbent South Florida congresswomen, flipped five state House seats and could pick up a seat in the state Senate, making a mockery of Democrats’ hopes to cut into the GOP’s legislative dominance.

The across-the-board losses leave Democrats and their state party in shreds as they begin to gear up for mid-term elections in 2022, including a gubernatorial election.

Even before Trump officially notched his win Tuesday night in Florida, some Democrats were calling for a state party shakeup.

“I’m saying it now. We need a whole new direction for the @FlaDems,” state Rep. Anna Eskamani, D-Orlando, tweeted before 10 p.m. Tuesday. “We are losing too many incredible down ballot elected officials and candidates right now and it’s not ok. I know we have the potential to be better and do better. We do it everyday here in #HD47”

Eskamani, a firebrand liberal who was first elected to the House in 2018, won her reelection bid in Orange County’s House District 47 by more than 18,000 votes.

“I want to be in a place of celebrating those victories, but unfortunately the losses of the state of Florida is another reflection of just how broken our party is and how we continue to let consultants and corporations set our agenda,” she said during a Zoom call Wednesday morning.

Eskamani said her re-election came with marginal support from the Florida Democratic Party, adding that her political committee contributed more than $35,000 to help other candidates.

Eskamani, who is seen as a rising star in what’s known as the “back row” where Democrats sit in the Florida House chamber, said the state party needs a top-to-bottom makeover.


“As long as the Democratic Party is structured the way it is in Florida, you cannot expect change. You need to tear it down and rebuild it.”

Rizzo issued a statement late Wednesday that thanked people who “gave their blood, sweat, and tears to help Democrats win.”

“While we are confident in the ultimate victory of Joe Biden, I know our Florida losses sting deep, for our party, the candidates, and the 5 million Florida Democrats looking to build on the progress we have made,” the statement said. “Together with our state and national partners, we need to do a deep dive to address data and turnout issues that caused these losses, and where our party goes from here.“

But Eskamani said the party should begin with new leaders.

“Step one is complete new leadership. The challenge is, who wants to step up,” Eskamani said. “It is challenging, but step one is to tell your friends that they’ve got to step back, and it isn’t easy.”

Other strategists, however, noted that candidates at the top of the ticket have more control than party officials over the hiring of consultants and messaging.

“Our party needs to take a long hard look at what went wrong in the election, and how we move forward,” she said in a prepared statement. “As leaders, we must do better, and we must all work together to mend our fractured political system.”

Part of Trump’s success rested in his support from Hispanic voters in the state’s most populous county — Miami-Dade — as well as those along the I-4 corridor between Tampa Bay and Orlando.

Hillary Clinton held a nearly 300,000-vote edge in Miami-Dade over Trump in 2016, although she lost the state to the Republican. But Biden’s lead over Trump shriveled to just 84,000 votes.

He kept up the effort throughout the past four years and intensified the outreach to South Florida Hispanics — including emigres from Venezuela and Colombia — by painting Biden and Democratic vice-presidential candidate Kamala Harris as “socialists.”

Biden made a series of missteps that alienated South Florida Hispanics, Moreno said, such as considering California Congresswoman Karen Bass as a running mate. Bass created a furor when she called Fidel Castro’s death “a great loss,” Moreno said.

About 83 percent of Miami-Dade Republicans voted in the presidential election, compared to just 68 percent of Democrats, Moreno said.

“This was the mobilization that the Trump campaign did. And Biden did not have a ground campaign in Dade County.

They did not have people canvassing because of the pandemic,” the FIU professor said.

Trump’s messaging about the economy and job creation also resonated with Hispanics, including Puerto Ricans who had been targeted by Biden, according to Moreno.

“Trump is a jerk, but he’s extremely politically cunning. I think this thing about firing (infectious disease expert Anthony) Fauci wasn’t misspoken. It was a signal to a lot of people that he was not going to lock down,” he said, referring to comments Trump made during an Opa-locka rally early Monday morning. “I think all those things combine.”

Republican Party of Florida Chairman Joe Gruters, who also serves as a state senator from Sarasota, credited the GOP’s turnout machine, fundraising efforts by Gov. Ron DeSantis and legislative leaders and the president himself for Tuesday’s red wave in Florida.

“We won because of our ground game and the fact that we ran circles around the Democrats. We had a well-oiled machine. We were literally pounding the pavement every day,” Gruters said in a phone interview Wednesday.

Democratic consultant Steve Vancore agreed that Republicans did a much better job than his party at getting voters to cast ballots, a frequent problem for Democrats.

“As long as the Democratic Party is structured the way it is in Florida, you cannot expect change,” he said. “You need to tear it down and rebuild it.”

While both parties seemed flush with cash during the 2020 election cycle, at least at the top of the ticket, Republicans spent their money “on the ground, doing the really hard work,” Vancore told the News Service.

Democrats’ losses might be hardest felt in the state Senate, where they had hoped to pick up two open seats to chip away at the GOP’s 23-17 advantage.

Instead, Democrats failed to capture either race and could be facing the loss of an incumbent. Sen. Jose Javier Rodriguez, D-Miami, trailed Republican Ileana Garcia by 21 votes as ballots continued to be counted Wednesday afternoon.

“These are races that we should have had a good shot of winning, and we didn’t,” Eskamani said.