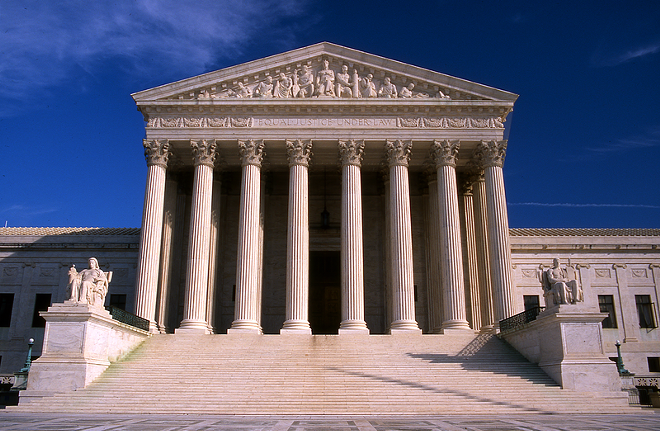 Photo by Jeff Kubina via Wikimedia Commons
A U.S. Supreme Court decision expanding the ability of states to pull in tax dollars from online purchases could have a significant impact in Florida.

In a 5-4 ruling Thursday, the nation’s highest court upheld a South Dakota law that allowed the state to apply its sales tax to major online retailers, even if they had no physical presence in the state. The ruling reversed a 1992 court decision that held online retailers could only be required to collect and remit sales taxes if they had stores or some other “nexus” in states.

Brick-and-mortar retailers in Florida and other states have long complained that allowing some online retailers to evade sales taxes creates a competitive advantage for the remote sellers. Consumers were supposed to voluntarily pay sales taxes on remote purchases, although it rarely happened.

In his majority opinion Thursday, Justice Anthony Kennedy cited the expansion of internet commerce since the court’s 1992 decision, noting national mail-order sales totaled $180 billion at that point, compared to $453.5 billion in online sales in 2017, according to the U.S. Department of Commerce.

“(The prior decision) puts both local businesses and many interstate businesses with physical presence at a competitive disadvantage relative to remote sellers,” Kennedy wrote. “Remote sellers can avoid the regulatory burdens of tax collection and can offer de facto lower prices caused by the widespread failure of consumers to pay the tax on their own.”

In a dissenting opinion citing the court’s prior ruling, Chief Justice John Roberts said federal lawmakers, not the court, should decide whether to tax remote sales.

“Any alteration to those rules with the potential to disrupt the development of such a critical segment of the economy should be undertaken by Congress,” he wrote.

The court decision was praised by Florida business groups.

“For years, online-only retailers have exploited this loophole that allows them not to collect sales tax, which has given them an unfair competitive advantage over brick-and-mortar stores,” said James Miller, a spokesman for the Florida Retail Federation. “This decision finally levels that playing field, and I think that’s all any business owner wants.”

The court decision could also be important in Florida because of the state’s heavy reliance on sales-tax revenue. Expected to generate more than $24 billion for the state government in the current fiscal year, the sales tax is the single largest source of funding for the state.

Dominic Calabro, president of Florida TaxWatch, a business-oriented advocacy group, said the ability to apply the sales tax to more internet sales will keep the state’s tax structure in sync with the evolving economy.

“The taxpayers of Florida really rely heavily on the sales tax. You’ve got to have a modern sales tax, so we don’t have to have any other kind of tax that people don’t want,” Calabro said. “So, by relying on a sales tax, you have to make sure it’s modern and up to date.”

The exact impact of the ruling on Florida’s sales tax collections is unknown but it could be significant.

Last November, the federal Government Accountability Office estimated that states could have collected between $8.5 billion and $13.4 billion in sales taxes in 2017 if they had expanded taxing authority. The estimate represented between 2 and 4 percent of total state and local sales tax collections in 2016, the analysts said.

In testimony before the Florida House Ways & Means Committee in January 2017, analysts gave a rough estimate of $200 million in potential sales tax revenue resulting from applying the tax to more remote sales.

In Florida, the sales tax has been applied to a wider range of internet sales over the last few years. In 2014, Amazon, the largest online retailer, began collecting the tax in Florida after it opened a series of “fulfillment centers” in the state. But the tax is not applied to “third-party” sales through the Amazon network.

But even with the court’s decision, not all remote sales are likely to be taxed. The South Dakota law only applied the tax to online retailers that had at least $100,000 of annual sales in the state or 200 individual transactions.