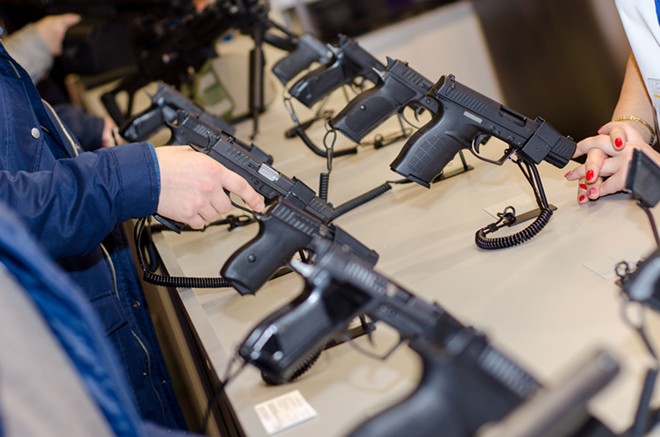 Elected officials who pass local gun laws in Florida can be removed from office by the governor, personally sued and fined up to $5,000. Under the 2011 statute, municipalities who try to regulate guns can be hit with a $100,000 fine and legal fees.

"I served in the Florida House of Representatives when Gov. Scott and legislative leaders decided to overstep their authority and use fear and intimidation as a tactic to preserve the NRA’s agenda," Kriseman told the Tampa Bay Reporter on Wednesday. "I am proud to join this suit and look forward to the end of state interference in local government."

The Associated Press reports the cities of Coral Springs, Coconut Creek and Pembroke Pines filed their own lawsuit against the state ban Tuesday. Commissioners in Boca Raton voted to join the lawsuit presented by the 10 cities, and Broward County commissioners voted to challenge the state in their own suit, according to the Sun Sentinel.

In total now, 16 municipalities across the state have indicated they plan to challenge the ban because it violates constitutional protections.

The lawsuit from the 10 cities alleges the penalties against local regulation of firearms are "invalid and unconstitutional" because among other things, they infringe on free speech, violate legislative immunity and conflict with the governor's limited power to removed local officials.