Sorry, but Orlando drivers are not the 'third best in the country' 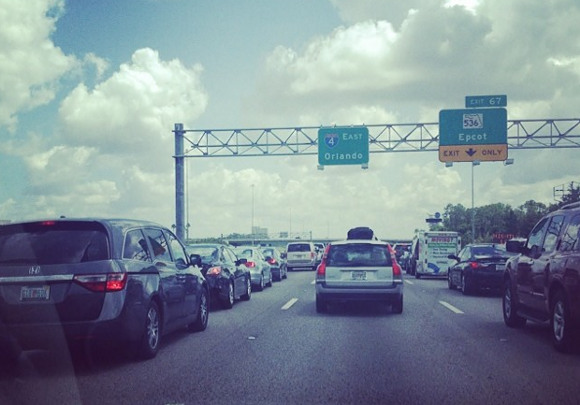 Photo via wattskl/Instagram
For the second time in two years a highly questionable study says that Orlandoans are some of the best drivers in the country, a bold claim that is unequivocally false.

The study, from insurance website QuoteWizard, calculated accidents, speeding tickets, DUIs, and citations in the 75 most populous metro areas in the country, and Orlandoans were ranked as the third-best drivers.


Despite droves of theme-park addicted tourists, the numbers show that people in Orlando know how to drive. Perhaps the notorious 'Florida Man' avoids Orlando's roadways, because they're QuoteWizard's third best driving city. Surprised? So are we.

Florida's drivers get their share of bad press, and Orlando faces some of America's worst traffic. And like Detroit, Florida suffers from large amounts of uninsured drivers. Regardless, Orlando's drivers are statistically excellent — their accident rate was second behind only Detroit. Way to go, Orlando.


This study flies in the face of just about every other report in the last year, like the one about how Interstate 4 is considered one of the most dangerous highways in the U.S., and last year SmartAsset named Florida drivers the worst in the country.

Everquote, another online insurance company, also ranked Florida as second in the U.S. for distracted driving. After all, there were 6,000 crashes in Orange County involving a distracted driver in 2016.

Last year, QuoteWizard released a similar study that named Florida drivers the second-best in the country. Their problematic findings most likely stem from the fact that nearly 1/4 of Florida drivers are uninsured, so they weren't taken into account when conducting these studies.

The study even notes that Miami drivers are "renowned for ignoring the turn signal," yet, Miami is ranked right below Orlando in the number four spot for the cities with the best drivers.