Someone is shooting Florida dolphins, and authorities are offering $20,000 for info 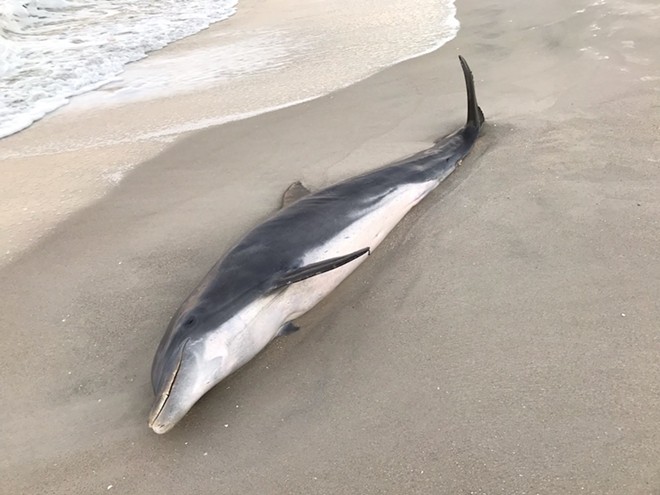 Photo via Florida Fish and Wildlife Conservation Commission/NOAA
Dolphins are being stabbed and shot in Florida.

The National Oceanic and Atmospheric Administration (NOAA) is offering a $20,000 reward to anyone who offers information that leads to a civil penalty or criminal conviction of the dolphin killer or killers.

Last week, biologists with the Florida Fish and Wildlife Conservation Commission found a dead dolphin off the coast of Naples. According to NOAA, the dolphin was “fatally wounded from what appeared to be a bullet and/or a sharp object.”

Anyone who hunts, harasses, captures or kills a dolphin may be subject to a fine up to $20,000 and imprisonment for one year.

Later, Emerald Coast Wildlife Refuge experts found a dolphin along Pensacola Beach with a bullet in its left side.

According to the Marine Mammal Protection Act, which was passed by congress in 1972, anyone who hunts, harasses, captures or kills a dolphin may be fined up to $20,000 and subject to imprisonment for one year.

Last summer, Florida authorities offered a combined $38,000 in reward money for information on whoever stabbed a bottlenose dolphin to death near Captiva Island.

If you have any information that may lead to the capture of the dolphin killer, call the NOAA Enforcement Hotline at (800) 853-1964.