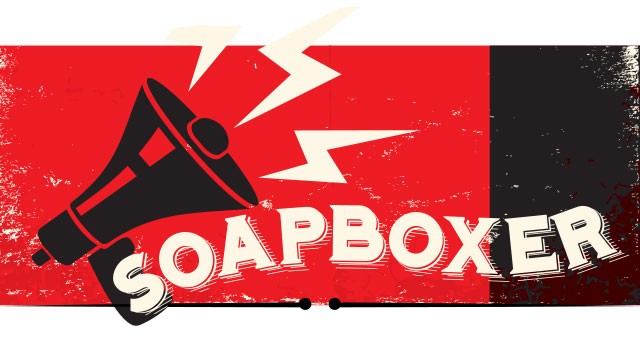 There’s a sucker born every minute, the saying goes. And then they all find their way to local government.

This seems especially true in Central Florida, where the men and women who populate our city and county boards have yet to meet a scheme half-baked enough for them to reject.

Our long, storied history of gullibility dates back to when this region was nothing but swamps and orange groves, when, in the late ’60s, our leaders were so enamored of Walt Disney that they bestowed upon his company what local political scientist Richard Foglesong has called a “Vatican with Mouse ears” – a private government that didn’t have to play by the same rules as everyone else. Orange County, meanwhile, was saddled with the resulting sprawl, congested roads and low-wage service economy. (Just last month, the Orlando Sentinel reported that Disney, which banked nearly $6 billion in profit last year, was using its fiefdom, the Reedy Creek Improvement District, to skirt millions of dollars in sales and bond taxes on an $85 million pair of parking garages.)

The last decade alone has produced countless more examples: Remember Lou Pearlman’s cockamamie “plan” to revitalize Church Street Station, for which he received millions in tax breaks? Or the $22 million in incentives Buddy Dyer lavished on his pal Cameron Kuhn to build a downtown mixed-use complex? (Kuhn went broke anyway, and seven years after opening, the Plaza is beset by legal and financial woes.) Or when billionaire Rich DeVos demanded we build him a new basketball arena, and the city unflinchingly acquiesced? Or the myriad silly promises made by backers of the performing arts center, all of which the city swallowed whole?

Given this legacy, it wasn’t at all surprising last week when the Orlando City Council and Orange County Commission awarded Universal Orlando – a company whose annual profits total $150 million – $9 million to pay for landscaping, signs and, most significantly, a bridge connecting a Universal-owned hotel to Universal-owned theme parks on Universal property, for which Universal won’t have to pay a dime. (Universal, meanwhile, has also cashed in, to the tune of $8 million, on a state tax credit designed to help “urban, high-crime” neighborhoods. Florida lawmakers declined to address the loophole this year, which probably has nothing to do with the $185,000 in goodies Universal Orlando gave the state GOP just before the legislative session began.)

There’s not a direct parallel between Universal’s bridge and, say, the Plaza debacle. Orlando is, after all, among the most dangerous areas in the country for pedestrians, so a bridge, as opposed to making tourists cross a busy street, isn’t a terrible idea.

But this case is part and parcel of a pattern: If something’s pitched under the guise of economic development or as a way to make us a “real city,” we bite. If a powerful corporation or interest group makes a demand, we oblige, whether they need our help or not.

This is a competitive world, and sometimes incentives are necessary to achieve important ends. Some $300 million in state and local incentives, for instance, lured the Sanford-Burnham Medical Research Institute, a cornerstone of the burgeoning Medical City in southeast Orlando. More often, though, these tax breaks and cash handouts end up not so much spurring economic development as making rich people richer, courtesy of taxpayers.

The problem, then, isn’t incentives, but injudiciousness. Like Pavlov’s dogs salivating to the dinner bell, the allure of the next great whatever is just too much to pass up. And so we press on, time after time, failure after failure, boondoggle after boondoggle.

The real problem is, we never learn. And that’s why we’re suckers.