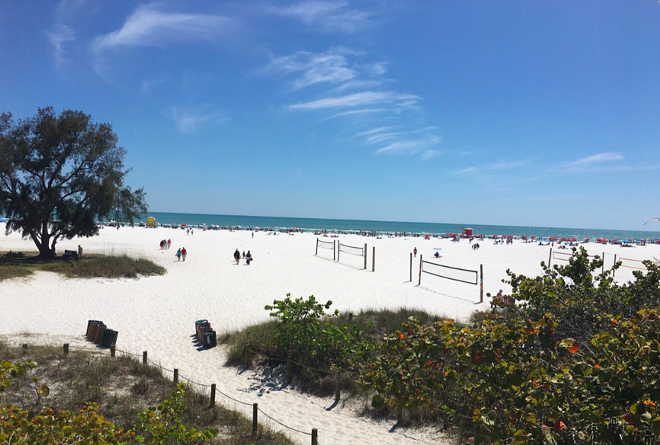 Just weeks after the Department of Health (DOH) shut down multiple beaches for swimming in Sarasota County due to high levels of harmful bacteria , the agency is doing it again.

The DOH has now declared a "no swim" advisories for three Sarasota beaches.

During a routine water testing on Aug. 8, the amount of enteric bacteria found in  North Lido Key, Lido Casino and Siesta Key Beach were "outside acceptable limits," according to a news release from Sarasota County—two weeks after the same "no swim" restrictions were lifted in the area.

Enteric bacteria is known to inhabit the intestinal tracts of mammals, and it usually appears as a result of stormwater runoff, pet/wildlife waste and human sewage.

While enteric bacteria can come from septic and sewage spills, Sarasota County health officials concluded that "no sewage spills have been reported within one mile of the posted beaches in the past two weeks" and that "the elevated bacteria levels is likely due to natural sources" like decaying algae due to significant rainfall.

Just weeks prior, beaches in Manatee,  Hillsborough and Sarasota County—including the three listed above—also fell under "no swim" advisories.

While the beaches are still open to the public, any recreational water-based activities are off-limits to beachgoers, since the Environmental Protection Agency "found a link between health and water quality."

According to the alert from the DOH in Sarasota County, the "no swim" advisories are expected to end on Aug. 18.