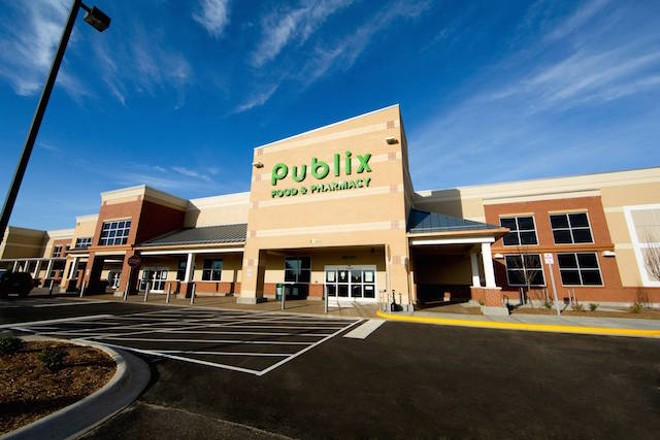 Photo via Publix on Facebook
Some shoppers are officially over Publix's support of Adam Putnam, Florida's Commissioner of Agriculture and GOP candidate for governor, and have launched a boycott of the chain just in time for Memorial Day weekend.

Over the past several years, Publix has donated an unprecedented $670,000 to Putnam's political campaigns, and many shoppers are no longer going to support a business that condones the self-described "NRA sellout."

Although Publix announced that it doesn't support the National Rifle Association, just Adam Putnam, that apparently hasn't been enough to bring customers back to the store. These former shoppers have taken to Twitter with #BoycottPublix to share their anger and disappointment of the company.

Some users have shared photos of receipts they spent on groceries at competitors' stores to show Publix that they mean business, literally.

@Publix Here are receipts for almost $200 worth of groceries that I gladly spent at your competitors yesterday instead of at your stores. I'll be posting these every week. #BoycottPublix continues until you dump your support of @adamputnam pic.twitter.com/IzDXRXueIe


In addition, a flier has been shared to encourage everyone to boycott Publix, especially this Memorial Day weekend. Instead of picking up grilling essentials at the store, people are encouraging their communities to head elsewhere.

Sorry, not sorry Publix. We gotta do what we gotta do.#BoycottPublix
ReTweet please and thank you.#SorryNotSorry pic.twitter.com/9vwToNH55X


For some Floridians partaking in the ban, their anger stems from Publix's apparent lack of feeling after the recent shooting in Parkland that killed 17 people. Many are demanding change and stricter gun laws since the shooting, which doesn't quite align with Publix's support of NRA stan Putnam.

#BoycottPublix!!!! Supporting Putnam the NRASellout is heinous and an affront to those killed in Parkland! I’m not shopping Publix anymore!