Shellie Zimmerman in jail? The perils of Internet “satire” 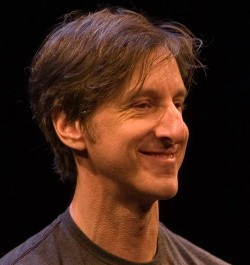 OK, so it's more believable than Sorkin.

Call me late to the party (just call me!), but I’ve only now started getting my news updates from Twitter. I used to be satisfied with good, old-fashioned news sites, but sometime during the past week, I realized that they weren’t delivering the latest bulletins in the ongoing George Zimmerman tragicomedy with the rapidity a paid busybody like me requires. Now, I make it a point to search out Zimmy-related tweets several times throughout the day, like a ’70s CB radio enthusiast scanning all frequencies for signs of a Kel-Tec-packing bear in the air.

That’s how I was shanghaied this morning by a truly shocking update: Shellie Zimmerman had been arrested and charged with domestic battery! It was news to me, all right: The last I heard, the Lady Macbeth of Lake Mary had given a disastrous press conference about last Monday’s bizarre imbroglio, but nobody in law enforcement was following through on the trial balloon they had floated a few days ago that she might face charges for her role in that encounter. As far as I knew, the Lake Mary P.D. had given up hope that the Geek Squad could help them unlock the contents of the suddenly infamous iPad – and without its video data, neither George nor his scorned missus could be called on the carpet for anything.

Yet there they were, right in front of my eyes: numerous tweets proclaiming that such a thing had indeed transpired. Maybe it had all gone down overnight, while I slept? Hey, I hadn’t known Sharknado was coming until Twitter was all atweet about it the next morning. So I clicked through to the Shellie report in question, and what I saw infuriated me: Some bullshit right-wing disinformation site was presenting this blatant falsehood as fact. “The National Report,” the site called itself, and its self-description was pure James O’Keeffe:  “an online portal for ‘citizen journalists.’” Damn you, Breitbart! Look at the world you’ve left to us!

Having since clicked around the site a bit, though, I’m somehow both relieved and revolted even further. The National Report, it seems, is one of those pseudo-satire operations that have sprung up in emulation of The Onion. There’s the woeful Daily Currant, which is periodically linked to by cyberdopes outraged over the latest supposed development in the decline of civilization. But The National Report’s Zimmerman story goes the Currant one worse: It’s so unfunny that it can’t even be read as an attempt to be funny. There isn’t a single genuine joke to be found in its 254 words – just illogical reactionary fantasy and invective against the “liberal media,” of the sort you can find on any number of sites that offer conservatives a comforting (read: infuriating) alternative to reality.

If you’re going to parody a self-parody, you have to remember to exaggerate. There are no comedy brownie points to be earned from merely postulating a scenario that’s so absurd it could be true; that’s God’s job. Anything else just muddies the waters.

So what do we do about sites like The National Report? Nothing. Oh, if you’re feeling good and altruistic, you can tag all their articles with comments reading “NOT SO” – you can even add a cathartic “DICKWEEDS!” if you like. But calling for them to cease and desist entirely is a dicey proposition, because satire – and here I mean satire as a societal force in general – needs room to breathe. For proof of the danger, check out this post by Tucson Weekly’s David Mendez, who stumbled across The National Report sooner than I did, and found it the straw that broke the camel’s back.

“[W]hile the Internet gives a voice to any idiot with a keyboard and an idea, the work that those idiots produce in the name of being ‘funny’ distracts from real, thought-provoking ideas, becoming the noise that scrambles the signal,” Mendez writes.

Fair enough – but he then goes overboard by decrying the motives of any self-styled humor site that doesn’t meet his standards.

“If you write satire just to screw with people and get pageviews, you're not just hurting your own image, but you're hurting the public's depiction of the medium you've chosen. For every savvy person out there who realizes that there are people who make things up on the Internet, there are 10 people out there who don't think critically enough about what they're reading to realize that it's bullshit.” 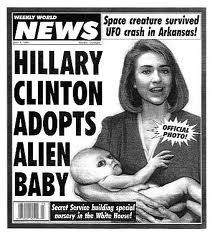 Borowitz: Too hip for Tucson?

Of course, there was a time when The Onion looked like a site that was just out to “screw with people and get pageviews” – in fact, some people hold that opinion of it to this very day. But what really concerns me is the whole “idiots will think this is real” argument. There are idiots who will think anything is real; don’t we then have to jettison all satire, just to be safe? Mendez demarcates this trap by lumping in The New Yorker’s Andy Borowitz with the likes of The Daily Currant and The National Report, although it’s telling that he can’t do so without paying lip service: He clarifies that Borowitz is “a damn fine writer,” only to state that “he should have the same rules applied to him regarding satire as sex offenders get regarding schools (not allowed within 500 feet of, regarded with disdain and disgust for his past acts, etc.).”

what? Because some underschooled mousewife might not recognize Borowitz’ work as tomfoolery, he should be subjected to the metaphoric equivalent of legal quarantine? I hope there’s a joke in there that I’m not getting.

Look, I’ll admit that I have a dog in this fight. I used to write a humor column myself, and I came to find perverse delight in the regularity with which some careless readers would take it as gospel. One piece I wrote submitted that Playboy Magazine had seen fit to rank America’s top party high schools; for years afterward, that thing got comments from readers who were either proud or dismayed that Winter Park High School had “made” the list.

OK, so it's more believable than Sorkin.

Did I feel guilty that some people were hoodwinked? Hell no. I thought then, as I do today, that if you don’t perceive the bogusness of a list that also includes the Eugene V. Debs Memorial High School in Bleeding Heart, Vt., then you have no one to blame but your Kaplan tutor. I’d have had a harder time sleeping at night had I been a contributor to the Weekly World News, knowing that only half my audience was made up of sniggering, clued-in hipsters, and that the other half was earnestly eating up my “advice” on how to shun AIDS victims.

It’s all relative, is what I’m saying. While I can decry the lack of actual humor in the National Report’s Zimmerman story, there’s always a Mendez around the corner who’s ready to dismiss the work of anybody short of Lewis Carroll. The answer here is not to censure the purveyors of satire, even when they do a lousy job of it, but to teach better reading skills to the public, whose responsibility to learn satire from seriousness mirrors their need to differentiate information from disinformation.

I feel bad for the offspring of today’s teach-to-the-test culture, who aren’t being taught to analyze anything. To bring this discussion full circle, look at the Zimmerman jury pool: Not only were they unable to reason, but they were sure the legal system actively discouraged them from doing so. We need to re-empower our people to discriminate, and we can’t do that by simply eliminating any entertainment product that might prove confusing to an idiocracy.

Now if you’ll excuse me, it seems that Mark O’Mara is having some sort of fling with Bat Boy, and I have to read all about it.

Days without a response from the publication that plagiarized from me and won’t come clean: 89.