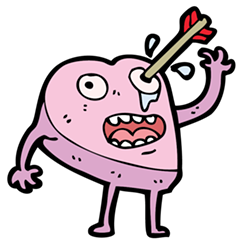 Dear Dan: I'm a single gay guy in my late 30s. I'm quite introverted and a bit shy, yet I have a big sexual drive and a rich libido. I've always found the gay scene overwhelming, and my several attempts at online dating were not very successful. I feel my quiet ways tend to put people off and I hardly ever get the chance to show my more playful or crazy sides, as it takes me a bit to feel comfortable to show those. Whenever I was able to, my partners were usually pleasantly surprised and we could enjoy plenty of fun, but I can count these occasions on the fingers of one hand. I feel most guys just stop at my gentle disposition and assume I must be a bit boring if not a prude altogether.

Turns out I actually have quite a few kinks – bondage being one of them – but so far I have hardly been able to explore them with a partner. Often those drawn to me haven't really been of the sexually adventurous kind. By my looks I don't really fit into any of the "tribes" that a lot of gay men identify with. Part of me doesn't care, but at the same time I find myself on the outside looking in when searching for a nice guy for a date or more. Would you have any kind of advice to crack this shell of mine open?
Always Looked Over, Never Embraced

Next time you find yourself on the outside looking in, ALONE, take a moment to look around. Because that small scrum of guys who fit neatly into whatever gay tribe happens to be dominating the bar/pool/whatever – the guys on the inside looking at themselves or looking at their phones or looking at themselves on their phones – are usually surrounded by a much larger group of guys who don't fit neatly into that particular tribe or any other obvious tribe. And if the guys looking longingly at the easy-and-obvious tribe would look around, they'd see a whole lot of guys like them – guys who might be feeling a little awkward or out of place, guys who are attractive in perhaps less conventional or immediately apparent ways, guys with hidden depths, etc. In other words, ALONE, guys like you.

And speaking of guys like you, did you know you have a motherfucking superpower that makes you a member of all gay tribes and your own unique tribe?

"Bondage is the great unifier among kinksters," says Joshua Boyd, a gay bondage "enthusiast," as they say, in his mid-30s who lives and ties in the Seattle area. "Bondage guys are from all walks of life, and they range from twinks to muscle guys to bears, cubs, jocks, and average Joes."

So just as you'll find gay guys in every race, ethnic group, economic class, faith community, etc., bondage guys can be found in every gay tribe and bondage guys make up their own unique tribe.

"ALONE should put any search for a long-term relationship on hold and look for more casual kinky fun," Boyd says. "Recon (recon.com) has always been a good place for me to start conversations with fun guys – I even met my husband there. The bottom line is there are others who share his interests, and they are waiting to connect with him."

But you're shy! You're introverted! Connecting is hard! Boyd describes himself the same way – shy, introverted, difficulty connecting – and not only is he married, ALONE, he doesn't lack for casual play partners and he's got play pics all over the internet to prove it.

Tyger Yoshi also describes himself as shy and introverted – and I recently watched shy, introverted Yoshi do a bondage demo at Trade, a gay leather bar in Denver, where he suspended a guy from the ceiling.

"When I first started exploring my interest in bondage, I was lucky enough to be in a city where opportunities were plentiful, even for a shy, introverted person like me," says Yoshi, who's also in his mid-30s. "There were people who wanted to mentor me, but I struggled taking that first step of accepting help."

The kind of help Yoshi is referring to – the kind of help he eventually accepted – can most easily be found at munches, i.e., casual meet-ups where kinky people, both queer and straight, socialize and connect with other like-minded kinksters. (Munches ≠ play parties.) Spend five seconds on Google, ALONE, and you'll also find kinky educational organizations that offer classes for people who want to hone their bondage skills while learning about consent, safety and other best practices. And whether you're a bondage top (you want to tie) or a bondage bottom (you want to be tied) or a switch (tie and be tied), you'll make friends in bondage classes. And if you wind up clicking with someone, that person isn't going to assume you're a prude (they met you at a bondage class) and that person will definitely be sexually adventurous (you met them at a bondage class). And unlike gay bars or clubs, a person's skills are just as important as their looks at gay bondage parties and events.

"After you start making connections and building your circle, find local fetish/kink events that are happening around you – you may need to reach out to the pansexual community – and see if one of your new friends from the munch or the class or Recon is willing to go with you to check it out," Yoshi says. "And as you start exploring more of your kink side, consider the possibility of separating kink and sex at first. Let people know that you are interested in bondage but haven't tried much and you want to practice. Having an exploratory or practice session is much different than having a bondage sex session, and people may be more willing to facilitate that exploration. And from my experience, if you're able to get up the courage to go out to a kink play party (with a friend for support), the likelihood of finding someone who's willing to assist in new or first-time experiences increase."

So, ALONE, that thing you've been holding back until you get to know someone? Your interest in bondage? Lead with that. Get involved in the kink scene, work on your skill set, be friendly and open – be the nice guy – and you'll meet lots of men you have something in common with. Trust me, your tribe is out there.

Dear Dan: Is having sex with multiple partners something prevalent in the gay community? If so, why? It seems that having sex is a pretty big deal with gay men. Why?
You Won't Answer

Gay men are men, YWA, and let's not kid ourselves: Yes, the average gay guy has more sex partners than the average straight guy. But straight men would do everything gay men do if straight men could, but straight men can't because women won't. It's not that straight guys are any less interested in sex than gay guys are or that sex is any less of a "big deal" for straight men. And you know what? Women are just as horny and just as interested in sex as men – gay, straight or bi – and that includes sex with multiple partners. But women have to weigh every choice they make and every truth they tell against the very real threat of sexual violence at the hands of straight men and the lesser threat of being slut-shamed by straight men and other women. (Shout-out to the asexual gay, straight, and bi men and women out there who aren't interested in sex with anyone – I don't mean to erase you, but I'm talking averages here, the centers of various bell curves, not deviations.)

On the Lovecast: this show is soooo gay
[email protected]
ITMFA.org