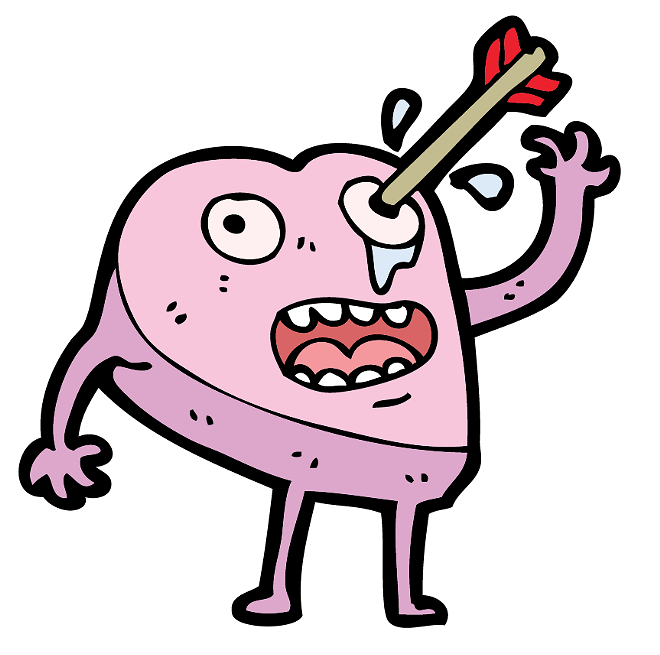 When I was younger I thought there was something wrong with me because everyone else wanted monogamy but it never seemed important to me. I'm not a jealous person and I wouldn't mind if he had sex with other people. In fact, the thought of it turns me on but he says he isn't interested. I know he loves me and I love him. At this point my only solution has been to suppress this urge to have BDSM sex, but I don't know if it is a good long-term solution. What should I do? Keep my fantasies to myself? Have another affair or ask him to have an open relationship again? We have a 3-year-old daughter so I have to make our relationship work.

Two quick points before I bring out the big guns: First, marrying young is a bad idea. The younger two people are when they marry, according to a veritable mountain of research, the likelier they are to divorce. It makes intuitive sense: the rational part of the brain – the prefrontal cortex – isn't fully formed until age 25. We shouldn't be picking out wallpaper in our early 20s, WTHT, much less life partners. And second, basic sexual compatibility (BSC) is crucial to the success of sexually exclusive relationships and it's a bad idea to scramble your DNA together with someone else's before BSC has been established.

"WTHT might be surprised to hear she is just a normal woman being a normal woman," says Wednesday Martin, New York Times best-selling author, cultural critic and researcher. "Like a normal human woman, she is bored after seven years of monogamous sex that isn't even her kind of sex."

You mentioned that you used to feel like there was something wrong with you, WTHT, but just in case you have any lingering "what's wrong with me!" feelings, you're gonna want to read Untrue: Why Nearly Everything We Believe About Women, Lust, and Infidelity Is Wrong and How the New Science Can Set Us Free, Martin's most recent book.

"We know from recent longitudinal studies from Germany, Finland, the US, the U.K. and Canada that among women only, relationship duration and living together predict lower desire/boredom," Martin says. "In fact, the Finnish study found that even when they had more/better orgasms, women in monogamous relationships of several years' duration reported low desire." A straight man's desire for his long-term, live-in female partner also decreases over time, but nowhere near as drastically as a woman's does. "Contrary to what we've been taught, monogamy kills it for women, in the aggregate, more than it does for men," Martin says.

So that's what we know now – that's what the research shows – but very few people in the sex-advice-industrial complex have wrestled with the implications. Most advice professionals, from the lowliest advice columnist to the most exalted daytime TV star, have chosen to ignore the research. They continue to tell unhappily sexless couples that they're either doing something wrong or that they're broken. If he would just do his fair share of the housework or if she would just have a glass of wine – or pop a "female Viagra," if big pharma could come up with one that works, which (spoiler alert) they never will – they'd be fucking like they did the night they met. Not only isn't this advice helpful, it's harmful: He does more housework, she drinks more wine, nothing changes, and the couple feels like there's something wrong with them. In reality, nothing's wrong. It's not about a more equitable division of housework (always good!) or drinking more wine (also but not always good!), it's about the desire for novelty, variety and adventure.

I'm not suggesting that an open relationship is the solution for every bored couple, and neither is Martin. There are lots of legitimate reasons why two people might prefer for their relationship to be or remain monogamous. But two people who commit to being sexually exclusive for the rest of their lives and at the same time want to maintain a satisfying sex life – and, open or closed, couples with satisfying sex lives are likelier to stay together – need to recognize that boredom as their mortal enemy. And while the decision should be mutual, and while ultimatum is a scary word, in some instances, bringing in reinforcements isn't just the best way to fight boredom, it's the only way to save the relationship.

Now a couple of weeks back, I told a frustrated husband that his cuckolding kink may have to be put on the back burner while his children are young. The same goes for you, WTHT. But at the very least your husband has to recognize the validity of your desires and put more effort into pleasing you.

"In straight culture, people tend to define sex as intercourse, because intercourse is what gets men off, and we still privilege male pleasure," Martin says. "But seen through a lens of parity, what WTHT wants is not 'foreplay' or 'complicated stuff.' It's sex, and the sooner her husband lets go of this intercourse = sex fetish of his, and acknowledges that her pleasure matters as much as his does, the sooner he'll be a real partner to his wife."