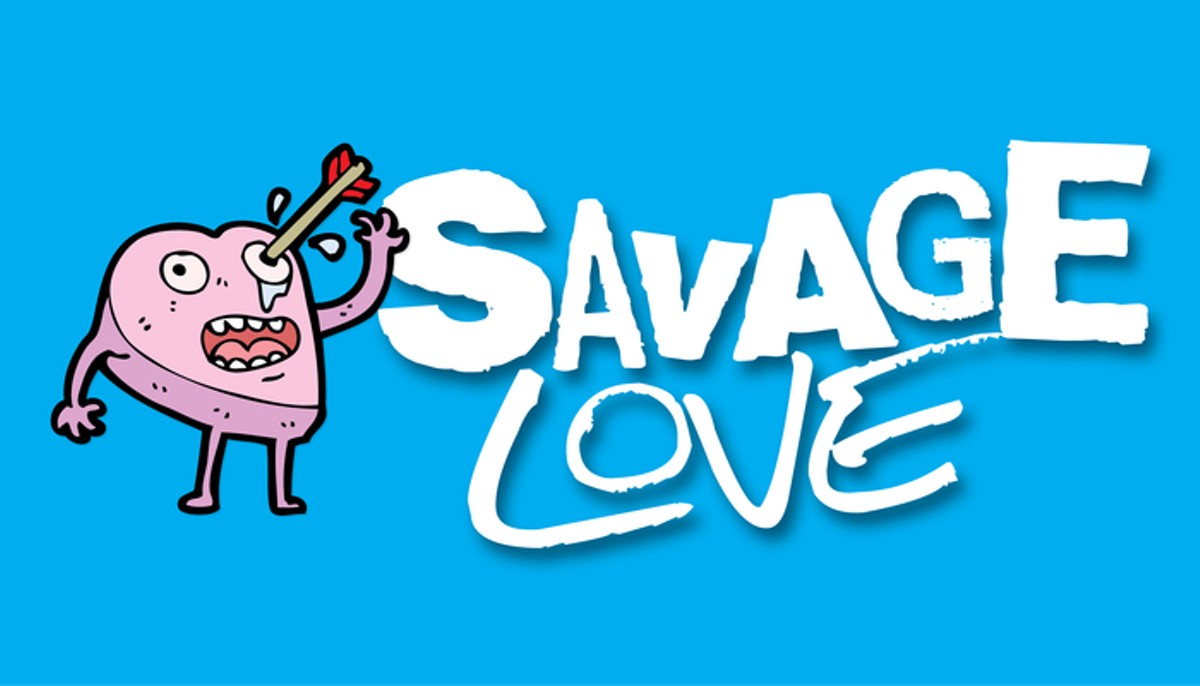 We just did a live taping of the Savage Lovecast at Seattle's Neptune Theatre. Audience members submitted more questions – anonymously, on index cards – than we could possibly answer during the Q&A segment of the show. So I'm answering some of the questions we didn't get to in this week's column. Here we go:

My partner wants me to pee on him. I'm not so into it. Now what? Should I do the "one and done" thing or put it on the big "no way" list?

One and done – and with any luck, after seeing what a big nothing peeing on someone actually is, you'll have a change of heart and peeing on your partner will wind up on your "once in a while, if you're good, and only after I've had few beers so it's basically just hot water" list.

My dick gets dry and kinda bumpy. Lately, there have been more bumps. Why?

You might want to ask someone who reads braille to run their fingers over your cock – you know, just to rule out the possibility that Helen Keller is trying to communicate with you from the great beyond. You might also want to see a doctor – it could be HPV (sexually transmitted) or molluscum contagiosum (sometimes sexually transmitted), both of which require treatment, or it could simply be "pearly penile papules," which are harmless and do not require treatment.

Is it immoral to fuck an ex-professor who's married and has three kids if his wife hasn't fucked him since March?

What is the proper etiquette at most fetish/sex clubs? Can you go and simply observe and not participate?

Some fetish/sex clubs allow people to observe on the theory that today's nervous newbie observer is tomorrow's confident active player. Other fetish/sex clubs welcome only active players because they don't want to be overrun by voyeurs, gawkers or tourists. Most clubs have contact info on their websites, so your best course of action is to email the place you want to attend and ask them.

My gay husband of five years knew what he was getting when he got into our relationship: a total bottom. Now he wants to find a top to play with, but he also knew that I was not "open to open." That was the price of admission. Can you tell him to stop annoying me?

The price of admission cuts both ways. The price of admission he had to pay to be with you: no other partners for him, no getting topped again, ever. But if he's not willing to keep paying that price, then you may have to decide whether you're willing pay his price: He gets to play with another top – always safely, once in a great while, maybe with you – or he walks.

I provide counseling to a client who accesses the S&M community fairly frequently. She has shared with me that she often attends a dungeon in order for someone to inflict pain on her – not because she enjoys it, but because she's hoping they'll go far enough to put her life in jeopardy. She does not use the safe words provided to her. What are the ethics of this?

Unless the kinksters at the dungeon she attends are engaged in extremely risky forms of edge play – breath control, asphyxiation, fire play, gun play – her life is not in danger. (Suicide-by-cop is a thing, suicide-by-tit-clamp is not. So here's hoping she's bullshitting you.) But if she somehow managed to find the one public dungeon on earth where tops rely on bottoms to use their safe words to prevent their own deaths during edge play: What your client is doing is unethical and unfair. A top's consent matters in a BDSM scene, too – and the people she's playing with consented to top her, not off her. Tell her to knock it off.