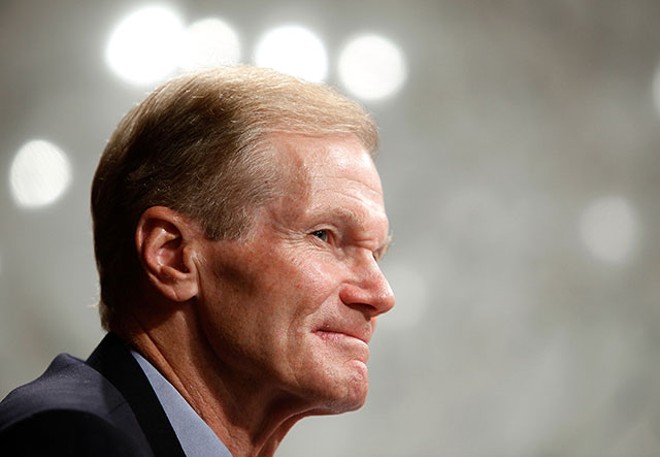 Following the Aug. 28 primary, Nelson will face off against Republican Gov. Rick Scott, who's term-limited and widely favored to win the GOP gubernatorial primary.

"Do you think Donald Trump respects us?" Cruz, who earned national attention last year in a tiff with the president, said at an Orlando event on Saturday, according to POLITICO. "You deserve people that take your opinions into account. And two of those people are [U.S. Rep.] Darren Soto [D-Orlando] and Sen. Bill Nelson."

She added: "It's very simple. Don't complicate it. Do you want Donald Trump to keep doing what he does? Stay home. But if you want real change, the kind of change that moves people to be better, it's simple: Register to vote, and vote."

Last year, Hurricane Maria prompted a mass exodus of tens of thousands of Puerto Ricans to Central Florida. Since then, as statewide campaign efforts have revved up, Scott has polled well among Puerto Ricans, in part due to his multiple trips to the island following the devastation. Meanwhile, many Puerto Ricans aren't aware of who exactly Nelson is.

Contrary to popular assumption, displaced Puerto Ricans in Florida aren't registering to vote in the coming elections as expected. The Washington Post reports that during the nine months prior to Maria – January through September 2017 – there were 343,000 people who registered to vote in Florida, and 18 percent were Hispanic, according to Daniel Smith, the chairman of the political science department at the University of Florida.

On the other hand, during the nine months after Maria – from October 2017 through the end of June 2018 – there were 326,000 new registered voters in the Sunshine State, and only 21 percent were Hispanic.

In other words, we're seeing a much smaller uptick that what had been originally anticipated.