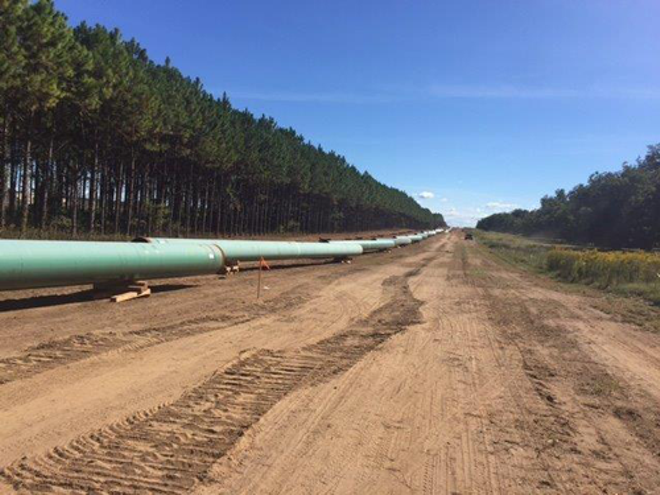 The Ocala Star-Banner reports the company confirmed the pipeline began flowing gas through 484 miles of the route starting on June 14. It's supposed to transport 1 billion cubic feet of natural gas every day.

The $3.2 billion project from Spectra Energy snakes through Alabama, Georgia and down to Central Florida to connect with a compressor station near Reunion and a smaller pipeline through the Kissimmee and Hunter's Creek areas. The pipeline tunnels under Florida's forests, wetlands, ranches, rivers and several pieces of private property to sit above the Floridan aquifer, which is the primary drinking source for millions who live in the state.

Advocates have long said the Sabal Trail pipeline could potentially jeopardize the source of clean water for millions and threaten Florida's natural environment. Environmentalists are also concerned about explosions that could be caused by the pipeline as well as pollution into the state's waterways and the increased potential for sinkholes. Energy companies involved in the project have pushed back against these statements, saying the Sabal Trail pipeline will bring affordable natural gas to Floridians.

A lawsuit from the Sierra Club against the pipeline is still pending.