Florida Gov. Ron DeSantis spoke on the state's decision to dissolve Disney's special district during a segment on Fox News. While speaking on The Ingraham Angle, DeSantis admitted the dissolution of Reedy Creek was a direct result of Disney's criticism of Florida's "Don't Say Gay" bill.

DeSantis has accused Disney of being in thrall to the Communist Party of China in other attacks on the company. During the appearance on Fox, he said the company was promoting an ideology of "pansexualism" and was punished for it by Florida legislators.


"I am not comfortable having one company with their own government and special privileges, when that company has pledged itself to attacking the parents in my state," he said. "When that company has very high up people talking about injecting pansexualism into programing for young kids, it's wrong. Walt Disney would not want that." 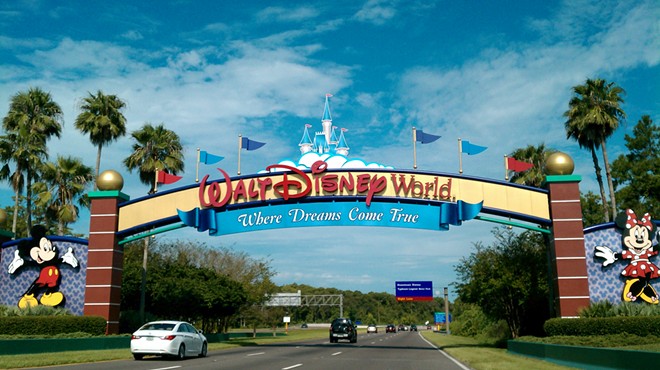 
DeSantis said that he hopes the move will be a "wake up call" for the massive Central Florida employer.

"Get back to the mission. Do what you did great. That's why people love the company, and you've lost your way," he said. "Maybe this will be the wakeup call that they need to get back on track." DeSantis did point out (correctly) that it is odd for Disney to have its own self-governing district within the state. He also criticized the idea that Reedy Creek is separate from the Walt Disney Co. in anything but name, calling it "a fiction." 
However, the rash and punitive move to dissolve the district over the company's criticism has lead to fear among local leaders. Orange County Mayor Jerry Demings noted that county taxpayers could end up on the hook for essential services within Disney park land. And Disney spoke out to say the district could not be dissolved without Florida first paying all of the district's outstanding bond debt.