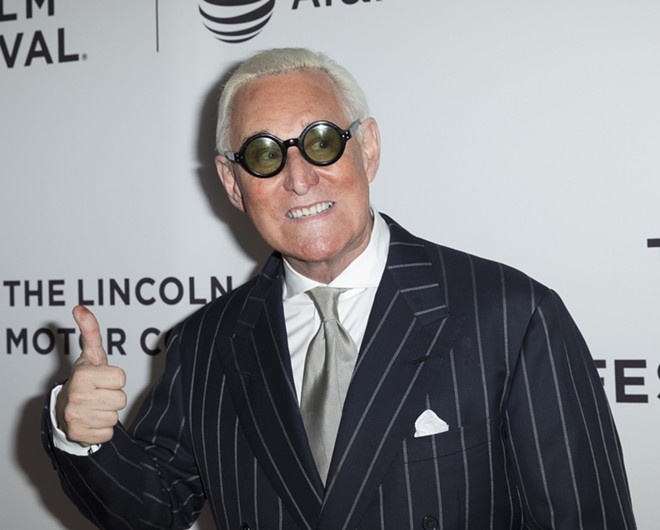 Photo by lev radin via Shutterstock
It wouldn't be a messy pile of Floridian political gossip if Roger Stone didn't get involved. The Trump true believer and political fixer weighed in on a reported tiff between the ex-prez and Florida's governor, calling Ron DeSantis a "Yale Harvard fat boy" and suggesting that the governor is having an affair.

"Sometimes President Donald Trump hits it right on the nose," Stone wrote on Twitter. "Ron DeSantis Yale Harvard fat boy can't get out of his own way. Not smart. Not honest and not going to be president."


The shot from Stone comes after Axios reported Trump is displeased with his one-time golden boy in Florida. A source told the paper that Trump said the governor "has no personal charisma and has a dull personality." This after Trump took a veiled shot at DeSantis for not being straightforward with whether he had received a vaccine booster. That same Axios report says the source of the falling-out is DeSantis' refusal to give Trump a straight answer on whether or not he's running for president in 2024.

Stone took things a little further than calling DeSantis "dull"; he said that the governor was an "unknown congressman with a bad haircut and an ill fitting suit" before being tapped by Trump. He then appeared to imply DeSantis was having an affair with a former Newsmax reporter and that's why he disappeared at the end of last year.