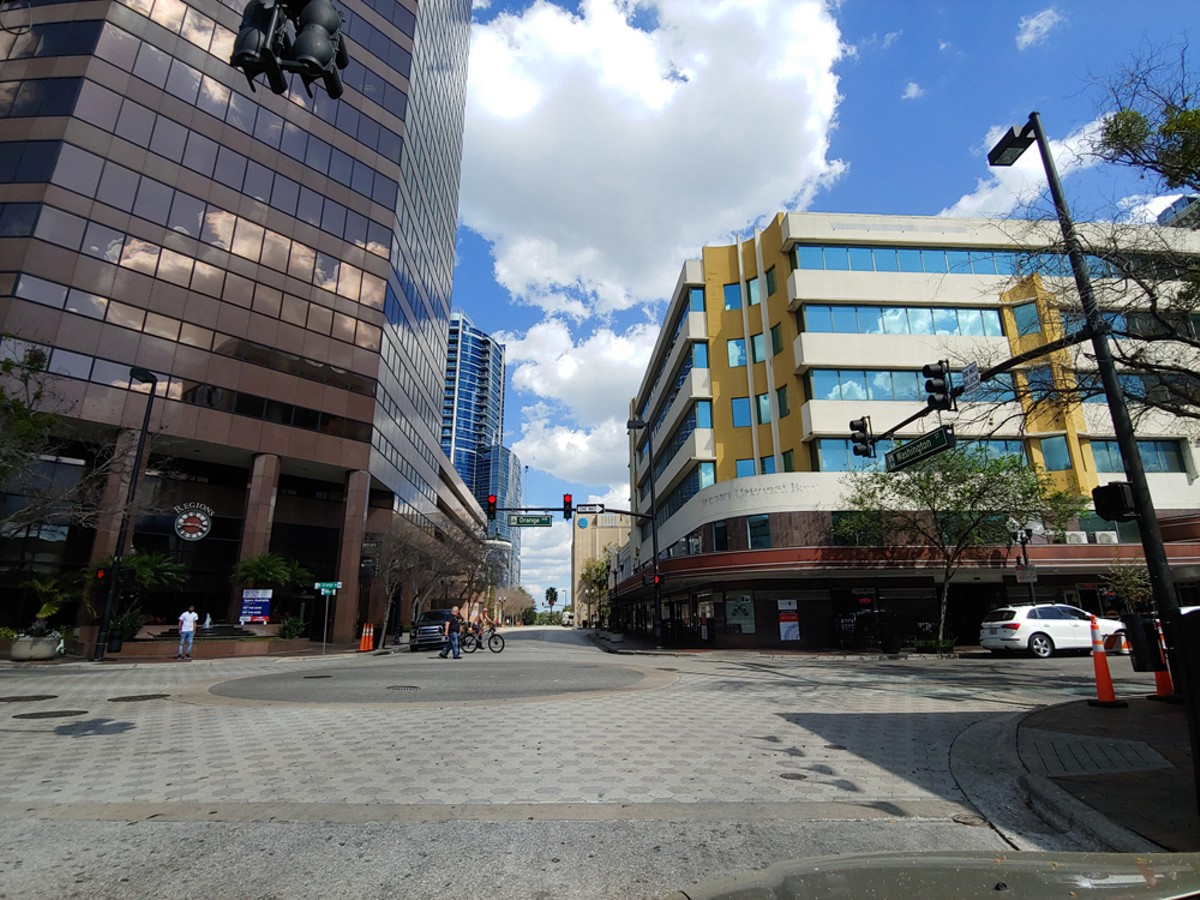 By now, it's a familiar refrain: Health experts strongly urge that anyone feeling flu-like symptoms self-quarantine, and all of us should practice social distancing to try to slow the spread of the novel coronavirus. But if a worker doesn't have paid sick leave, they are extremely unlikely to call out – and when it's a restaurant worker, that puts their co-workers and the general public at higher risk of infection.

In Orlando, this is not a small issue. Not only is our economy heavily based on service-sector jobs, our county and state leaders have strongly resisted mandating paid sick leave.

It could be a recipe for disaster, unless the federal government steps up – ha – or businesses decide to do the right thing.

As always, public shaming seems to be a spur to good behavior.

In a March 9 story, "Free breadsticks during a coronavirus outbreak," journalist Judd Legum looked into Orlando-based Darden Restaurants, owner of the restaurant chains Olive Garden and LongHorn Steakhouse and one of the world's largest full-service restaurant companies. Legum found that, outside of states in which the company is required to provide sick leave by law, none of Darden's roughly 170,000 restaurant employees received paid sick leave.

After his daily Popular Information newsletter containing that investigation went out, many other news outlets picked up the story. "The virus itself will get a lot of companies to reconsider it," Legum predicted. "People don't want to eat or go to places that essentially incentivize workers to come in sick."

The coronavirus pandemic may be the "awakening" companies and states need to rethink paid sick leave.

He was correct. That same day, Darden announced its employees would receive one hour of paid sick leave for every 30 hours worked.

"This decision was not in response to the COVID-19 situation," says Darden representative Rich Jeffers. "We have been working on this for quite some time. However, we did accelerate rolling it out to our team members given the current environment."

Legum says he believes the company was working on paid sick leave as an option prior to the virus outbreak. Still, the new policy is quite the reversal for Darden, which has a past of rigorously opposing paid sick leave.

As longtime Orlando Weekly readers will remember, in 2012 corporate lobbyists representing companies including Darden and Disney were found to have sent text messages to Orange County Commissioners while they were on the dais in the middle of a public meeting on the paid sick leave debate, asking the elected officials to block the measure.

In the face of 50,000 Orange County residents who signed a petition to force the ballot measure, the commissioners carried out the bidding of the corporate lobbyists. A judge, however, later ruled that the tens of thousands of signatures required the measure to go on the ballot, which it did.

In 2013, Orange County voters passed the ballot measure, which would require employers in the county to provide 56 hours of annual paid sick leave. But a state law pre-empting the county's ability to require paid sick leave was signed into law by then-Gov. Rick Scott.

Now, in 2020, Darden has decided to provide sick leave to their employees in Orange County and everywhere else. Company officials are quick to say that the corporation is under different leadership now than it was in the days of Textgate, as the texting scandal came to be known.

Stephanie Porta, executive director of Organize Now, the Orlando organization that led the charge for paid sick leave in Orange County, says the Darden development is "encouraging," but that there is a long way to go to get more people paid leave. She adds that she is unsure if Darden will follow through with its paid sick pledge, and, even with the new policy and new leadership, is not ready to completely trust the company that so recently had so much to do with preventing change in Orange County.

"They say they have new leadership now," Porta says. "But you have the same lobbyists."

A big sign that Darden is serious about recognizing the need for paid sick leave, as well as making good on its promise to provide it for its own employees, would be if Darden supported state lawmakers who want to get rid of the state pre-emption, says Porta.

More than two-thirds of low-wage workers (those making less than $10.49 an hour) have no access to paid sick leave days, according to a March study by the Center for American Progress. Kim Haddow, director of the Local Solutions Support Center, a national policy group that fights pre-emption overreach, says service workers like restaurant servers and home healthcare workers "are on the front lines dealing with the public." More specifically, said Haddow, those without paid sick leave tend to be women. The group with the least paid sick leave is Latinas.

Haddow says, during the coronavirus emergency, the question of offering paid sick leave has become an "existential" one. For the restaurant industry, which needs customers to feel safe – not like they are having tainted food served to them by sick people – there is a lot of "self-interest" in sending a clear message to consumers about paid sick leave.

"The restaurant industry, how they deal with this, will be very telling," Haddow says. She noted that during previous health scares like norovirus, advocates often made the point that this is exactly why paid sick leave is needed, to prevent points of public service like restaurants, hotels and gyms from becoming infection hotspots.

Though her expectations are tempered, Haddow says the coronavirus pandemic may be the "awakening" companies and states need to rethink paid sick leave.