The sudden, shocking loss of a theatre icon is one tough 'break' 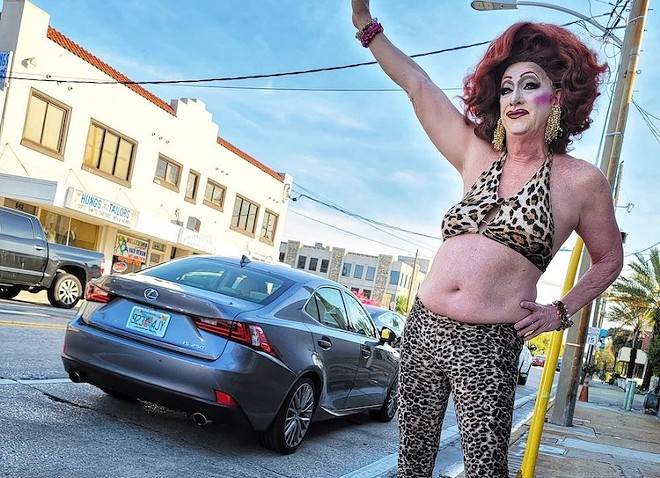 Like most friends and followers of the Orlando theater, I was completely stunned and heartbroken to learn that Doug Ba’aser had passed away in his home late last week at the age of 62. Ba’aser was an absolute legend of the area stage. He was revered by the actors he worked with — both in the “legitimate” theater and at attractions like Sleuths Mystery Dinner Shows — who knew him as a fearless performer who could make any bit better via his impeccable timing and delivery. Even locals who never set foot inside a live-performance venue knew and loved him as one-half of the “Wanzie and Doug” movie-review team on Real Radio 104.1’s The Philips Phile for many years.

Ba’aser was totally hilarious, and opinionated and a fixture in countless people’s lives. He could be acerbic to the point of withering, yet the tributes that poured forth on social media in the immediate wake of his death attested to the kindness he showed his friends and fellow performers.

In addition to his acting and radio pursuits, Ba’aser had a regular side hustle as a trivia and bingo host at numerous local watering holes. That’s how, after nearly two decades of watching him work, I got to know him a bit better. For four wonderful years, I was part of a regular crew that played trivia every Tuesday night at the old Parliament House on OBT.

Ba’aser was alternately the trivia master and the bartender (swapping roles over time with his longtime close friend and professional partner, Michael Wanzie), and he approached even that humble gig like he was giving a master class in comedy. His propensity to take extremely long breaks became a running gag he milked for all it was worth.

“I’M ON BREAK!”  he’d declare loudly, a worrisome few minutes after the start of a game round. The time lag between the calling of the first question and Ba’aser’s first constitutional around the premises seemed to get shorter every week. It was one of his best bits.

(You were also guaranteed a good time whenever he was hosting bingo and the space B10 happened to come up. “B TEN!” he’d announce. “As in, ‘The lesbian was bea-TEN by her lover.’” He was fearless, all right.)

The Tuesday after the Pulse massacre, we suspended regular gameplay to hold an informal vigil at the P-House. It was a predictably subdued affair. A few hours later, I messaged Ba’aser to tell him to hang in there, and how glad I was to be his friend.

“Me too!” he replied. We agreed that the evening's vigil had been somewhat strange, but ultimately helpful. It was, he said, “good to gather.”

I guess what I’m getting at is that there was more to Ba’aser than even some of his most fervent fans might realize. For another thing, he could be a fine dramatic actor. In Wanzie’s 2012 production of The Temperamentals, Ba’aser assayed a wide variety of roles, including an absolutely impeccable turn as a straight lawyer tasked with representing a seminal gay-rights group. That performance was so natural and convincing that it still haunts me a full decade later.

And without his knowing, he even helped me to become a better writer. When I was preparing my most recent play, the things I had learned about Ba’aser greatly informed my understanding of one of the characters I was creating — a character who seemed caustic on the exterior, but who when you got closer was actually quite content with himself and happy with his life. A man who was at peace.

I wish everybody could know that kind of peace — especially those of us for whom Ba’aser’s death is just the latest gut-punch in a ceaseless string of losses that’s been absolutely eviscerating the Orlando arts scene.

Sam Singhaus, Adrian LePeltier, Marcy Singhaus, Steve Singhaus, Christian Damon, Frank Hilgenberg … God, I don’t even want to think about how many others there have been in a very short period of time. Ba’aser was right that it’s “good to gather,” but I wish we weren’t doing it so often for funerals.

In his own case at least, we can hoodwink our pain with a little creative twisting of Shelley:

Peace, peace! He is not dead, he doth not sleep –  He hath merely gone on break.