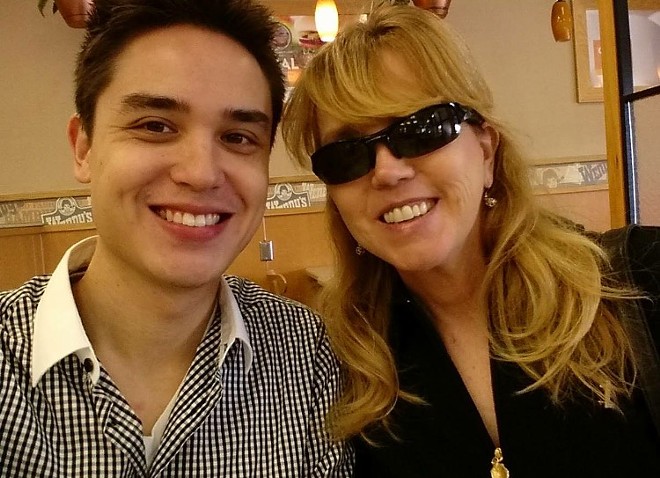 Photo via Christine Leinonen
Drew and Christine Leinonen
U.S. Rep. Val Demings has invited the mother of a victim killed at the gay nightclub Pulse to President Donald Trump's first address to a joint session of Congress on Tuesday night.

The Orlando Democrat announced she will be attending the speech in Washington D.C. with Christine Leinonen, whose son Christopher "Drew" Leinonen was one of the 49 people killed by a gunman in the mass shooting at Pulse on June 12, 2016. Demings' district includes the site of the massacre. Christine Leinonen previously spoke at the Democratic National Convention to advocate for "common-sense gun policies."

"My son’s killer was not an undocumented immigrant," Leinonen said in a statement provided by Demings' office. "I do not understand why the President and his staff continues to use Orlando as an excuse to push his radical agenda, instead of working on policies that will make our nation safer. He wants to discriminate against the Muslim community, and use the Pulse shooting as a reason for it, and I will not allow him to. I am honored to be a guest of Rep. Demings, and be in Washington on behalf of my son Christopher, his boyfriend Juan and the 47 other victims of Pulse."

Demings said in a statement that she hopes Trump will listen to Leinonen's message, along with other messages from victims and survivors of Pulse.

"I remember, along with the rest of the nation, seeing Christine Leinonen on television, waiting to learn the fate of her son, who she knew was inside of the Pulse nightclub," Demings said. "Her story, one as a secondary victim of the nation’s deadliest mass shooting, is an important one to continue to tell."

Trump's address to Congress will begin shortly after 9 p.m. on Tuesday, according to the New York Times.