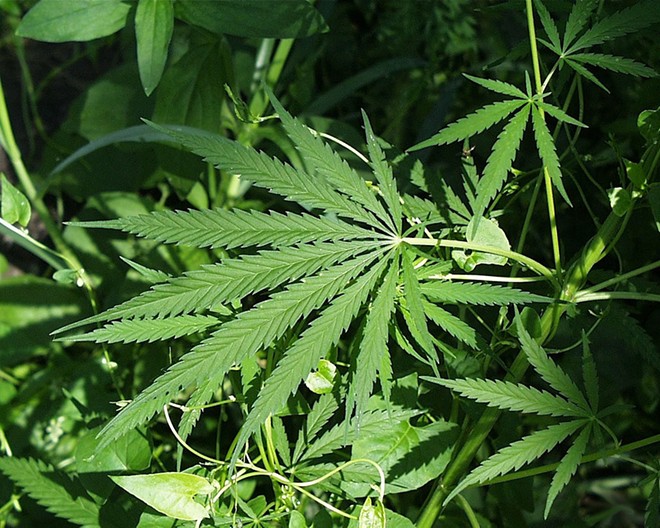 Photo by United States Fish and Wildlife Service via Wikipedia
Businesses seeking to enter Florida’s pot industry warned state health officials Thursday of numerous flaws in a proposed rule that would expand the number of medical marijuana operators but could lead to further delays in a process that’s already months overdue.

A hearing about the proposed rule came more than seven months after a legislatively mandated Oct. 3 deadline for the Department of Health to issue new medical-marijuana licenses, in what could be one of the country’s largest cannabis markets.

The proposed rule, released more than three weeks ago, set in motion the application process —- considered far behind schedule by many legislators —- for four highly sought-after licenses.

But the issues identified Thursday signaled possible legal or administrative challenges that could further postpone the issuance of licenses.

Under a 2014 law that allowed limited types of medical cannabis, the Department of Health had awarded some licenses before the constitutional amendment passed. But the Legislature last year gave state health officials until Oct. 3 to grant 10 new licenses to marijuana operators who meet certain requirements, including applicants who were involved in litigation prior to January 2017.

In marijuana legislation this year, lawmakers did away with the Oct. 3 deadline —- months after it had passed.

The state thus far has issued licenses to 13 operators, including a handful of new operators who met the criteria laid out in the 2017 law, but has yet to begin accepting applications for four new licenses to potential vendors who may not have participated in the process before.

The law requires one of the new licenses to go to a black farmer who was involved in federal litigation about discriminatory lending practices.

And the law requires health officials to give preference for up to two licenses to applicants that “own one or more facilities that are, or were, used for the canning, concentrating, or otherwise processing of citrus fruit or citrus molasses and will use or convert the facility or facilities for the processing of marijuana.” The citrus preference is the subject of one of several marijuana-related court challenges.

During about an hour of public testimony Thursday, most of the complaints were focused on the citrus-related language in the proposed rule.

Lawyer Seann Frazier pointed out that the proposed regulation substituted the word “property” for “facilities,” which, he said, “adds vagueness” and may broaden the language in the statute, something the agency is not permitted to do.

The proposed rule would give the two highest-scoring applicants who are eligible for the citrus preference an extra 35 points, in addition to a total of 1,150 possible points available to all applicants. The 35 extra points amount to just a three percent bonus, Frazier said.

“We respectfully suggest that more weight should be given to the citrus preference” to “avoid a situation where you issue licenses and no one really had a meaningful exercise of the preference,” Frazier, who represents Tampa-based Louis del Favero Orchids, said.

Office of Medical Marijuana Use Director Christian Bax asked Frazier if he had a suggestion about how many points the citrus preference should be worth.

“I suggest it should be a lot higher preference, one that would make a difference that a citrus-qualifying applicant will actually receive a license,” said Frazier, whose client is interested in seeking one of the citrus-preference licenses.

Other speakers complained that page limits imposed in the proposed rule could prevent applicants from providing necessary information, such as how many dispensaries they plan to open or information about human-resources policies.

“We’ll certainly take all of these concerns into consideration. We’re also going to wait for those written comments that are going to be submitted over the next seven days,” Bax told reporters after the meeting. “If the department believes that a change needs to be made, then it will be made. If not, then we’ll continue to move forward with this process.”

Bax had blamed delays in the rollout of the rules on litigation involving the black farmer provision in the law —- which has now been resolved —- and Hurricane Irma.

Following Thursday’s hearing, the public has a week to submit comments on the proposed rule and 10 days to file administrative challenges.

If no challenges are filed, the agency could begin accepting applications by mid-July.

But that prospect is unlikely, industry insiders believe.

“There may be some people in the room that want to slow this down because they’re not ready to apply yet,” said Jeff Sharkey, a lobbyist and founder of the Medical Marijuana Business Association of Florida.

Legal and administrative challenges have become part of the state’s medical-marijuana odyssey.

“If the scoring happens in a certain way, and somebody disagrees with it … then there’s probably bound to be some protests. It’s a very litigious process here, after the awards are made,” Sharkey said.

The proposed application-process rule is one of a series of regulations that have been harshly criticized by a legislative committee whose job it is to ensure that agency’s rules correctly implement state laws.

Bax has been under fire for months for refusing to respond to the Joint Administrative Procedures Committee’s objections to his office’s proposed and emergency regulations.

Many of the problems identified by the committee were characterized as an unauthorized regulation that “enlarges, modifies or contravenes” the 2017 law.

For example, the law requires health officials to issue four more licenses once the number of eligible patients in a statewide database reaches 100,000, and an additional four licenses after another 100,000 patients are registered. One of the health department’s emergency rules allows Bax to issue four “contingent” licenses to applicants who are not selected in the initial round of evaluations, something the oversight committee says the Office of Medical Marijuana Use is not authorized by law to do.

In March, Department of Health General Counsel Nichole Geary told the committee’s executive director, Kenneth Plante, that the agency was “working diligently to move forward with new rules in light of the objections raised by the committee” so that health officials could begin accepting applications in the spring.

But the rule proposed on May 1 ignored several of the committee’s objections, Plante pointed out in a letter this month, asking if it was an oversight or if the department refused to make the modifications.

“There’s always give and take” between the committee and state agencies, Bax said, adding that “we certainly respect the Legislature’s prerogative to provide input on this process and we’re looking forward to continuing our work with them.”

But Plante told The News Service of Florida state agencies and the legislative oversight committee “are all part of a system” aimed at ensuring that the rules implementing the statute go into effect.

“So if their (the health department) position is they’ve got their job, we’ve got ours, and never the twain shall meet, I think they overlap. We’re supposed to be working together to make sure this is a good product. That’s our goal,” he said.