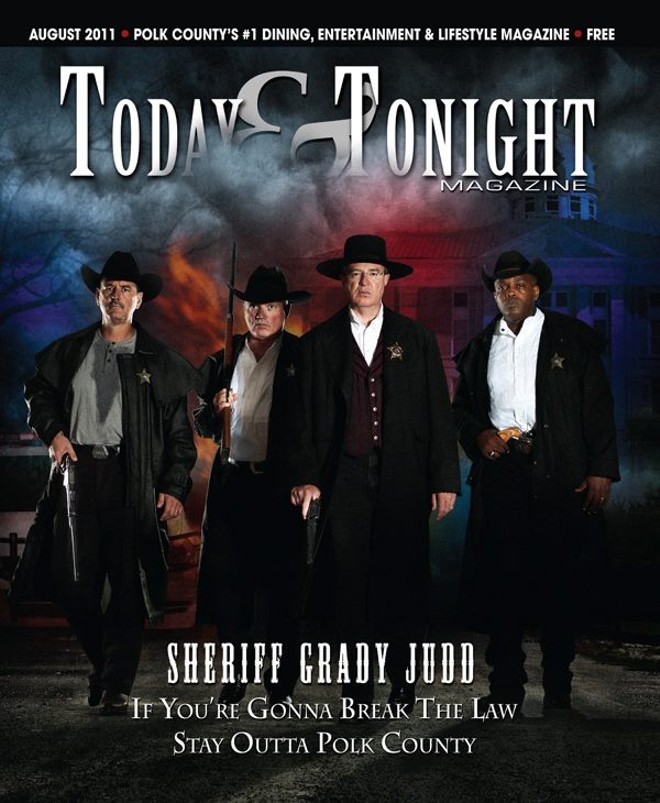 Remember Polk County Sheriff Grady Judd, Central Florida's own morality police? In 2011, we did a pretty extensive story on Judd and his crusade to get all the porn and perverts out of his jurisdiction by staging elaborate sting operations and bullying small business owners who carried dirty magazines and videos. Judd, whose claim to fame was removing the basketball hoops from Polk County Jail because "you don't come to jail to have a good time," has been criticized for trumping up charges against people who don't cooperate with him so that they'll have to plead their cases down to avoid a protracted legal battle with the county. In 2011, for example, he was sued by EllenBeth Wachs, legal coordinator for the group Atheists of Florida, who claimed that Judd arrested her for falsely posing as a licensed attorney not because she'd broken any law but because he was tired of her vocal opposition of his religiously charged moral crusades positioned as law-enforcement activities.

Last we checked in with Judd, he was weighing whether to accept an offer to do a reality TV show about his work. He ultimately decided not to do the show because he thought it might distract his department from its work.

But Judd's in the news again this week, for busting 100 people in a massive prostitution sting linked to online classifieds site backpage.com. True to form, Judd and his department used backpage.com to advertise services and lure people to Polk County with the promise of sex for pay. Among those arrested were a newlywed who had been in Orlando on his honeymoon, who traveled to Polk County to allegedly meet up for sex, and a youth minister from California who was supposedly hoping to have sex with a 14-year-old.