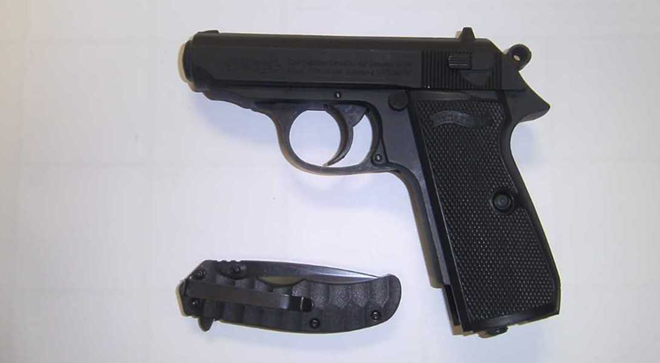 The incident comes a day after 17 people were killed at a South Florida high school by a 19-year-old gunman.

The administration at Lake Nona High School received a tip Thursday morning that a student arrived on campus with a gun in his book bag. Police say a school resource officer later made contact with the student and found "a BB gun with CO2 cylinders, pellets and a pocket knife," according to the Orlando Sentinel. The weapon was not used in a threatening manner, school administrators said.

The Sentinel reports the student faces a charge of felony possession of a weapon on a school campus.

Police say students and parents should call the SpeakOut Hotline at 800-423-TIPS to report any threatening or concerning behavior.