Ousted Miss Michigan was once a University of Central Florida student 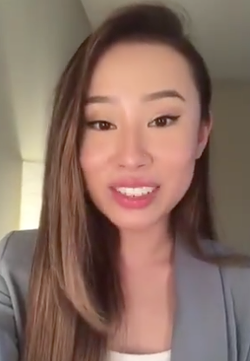 via Twitter screengrab
The newly crowned Miss Michigan got her title taken away, and she says it’s in part because of a tweet she made while she studied at UCF.

“They stripped me of my Miss Michigan title due to my refusal to try on a hijab in 2018, my tweet about black on black gun violence, and "insensitive" statistical tweets,” Zhu posted last week on Twitter.


Miss World America's State/National/Chief Director accused me of being racist, Islamaphobic, and insensitive.

They stripped me of my Miss Michigan title due to my refusal to try on a hijab in 2018, my tweet about black on black gun violence, and "insensitive" statistical tweets. pic.twitter.com/K1Btho0Pgq

The hijab comment refers to an incident that occurred at UCF back in February 2018, when Zhu made a tweet criticizing the try a hijab on booth set up by the Muslim Student Association.

“There’s a ‘try a hijab on’ booth at my college campus. So you’re telling me that it’s now just a fashion accessory and not a religious thing? Or are you just trying to get women used to being oppressed under Islam?” her tweet, from February 2018, read.

It generated controversy even then, drawing thousands of Twitter responses and an article in the Orlando Sentinel. She later transferred to the University of Michigan.

Thursday's tweet from Zhu included an email that appeared to be addressed to her from Miss World America officials cutting off ties with the contestant.

It read that her social media accounts contained content violating the requirement that contestants have a “good character whose background is not likely to bring into disrepute Miss World America or any persons associated with the organization.”

“Therefore, and effective immediately, MWA does not recognize you as a participant of any sort or in any capacity as it relates to any and all events of MWA,” the letter continued.