On July 18, the world stood still.

That morning, the Orlando Sentinel splashed a headline on its front page asking, "Where is Caylee Marie?" Ever since, the disappearance of 2-year-old Caylee Marie Anthony has dominated the local news, depriving everything else of oxygen.

In June, Caylee went missing. Her mother, Casey Anthony, didn't tell anyone — including her own mother — for a month. When the cops investigated, they found a story full of holes and a car that police now believe once held Caylee's decomposing body. In the eyes of the public, Casey Anthony was a murderer.

The police nabbed her on charges of child neglect, providing false statements and obstructing their investigation. A California bounty hunter flew in and paid her $500,200 bond, but on Aug. 29, Anthony was arrested again, this time for stealing a friend's checks. Last week Anthony turned down a deal that would have granted her a limited immunity in exchange for testimony. The bounty hunter revoked her bond, but — because this story couldn't get any more twisted — an anonymous donor picked up the tab and she was again released Sept. 5. The Sentinel liveblogged her release on its website.

The story has all the makings of a Lifetime television movie: a missing toddler; an unstable mother who may have done the unspeakable; bounty hunters; self-interested cops leaking information to the press; an attention-hungry state attorney; and local media milking every jot and tittle of the case for maximum exposure.

In the less than two months since Caylee vanished, the Sentinel has run almost 50 stories about the Anthonys: a story nearly every single day, even when there was nothing new to report. Stories about Casey Anthony canceling jailhouse visits with her kin became fodder for the feeding frenzy. Caylee became almost a footnote to the soap opera.

With the exception of the hundreds of volunteers who have helped look for Caylee, there are no good actors in this story. From the cops to the media to the Anthonys themselves, this tragic episode has shown the world, once again, how stupidity flowers in Florida.

So welcome to the most tragic installment yet in our ongoing Our Dumb State series. Will we never learn?

If you live in Central Florida long enough, you'll meet someone like Casey Anthony. She epitomizes the young, pretty, trashy, narcissistic, bi-curious party people who seem to take way too long to grow the hell up, even when life presents them with little hints like parenthood. Orlando breeds them like swamps breed mosquitoes.

But Anthony takes self-absorption to new heights. If she is responsible for her daughter's disappearance, then she's crossed the line from annoying to evil. So let's give her the benefit of the doubt for now and concentrate on what we know: She says she dropped her daughter off with a baby sitter — cops discovered later the baby sitter doesn't exist — and she didn't mention that her child was missing for a month; she spent the month "investigating" the disappearance — by getting loaded in various bars; she made up a story about informing co-workers at Universal Studios about her missing daughter, as if the cops wouldn't figure out the co-workers didn't exist and she'd never actually worked there; a neighbor says she asked to borrow a shovel; cops found dirt and evidence of decomposition in her car. 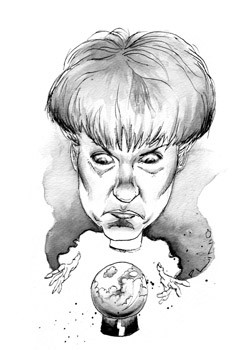 You have to feel for Cindy Anthony. Her anguish has been excruciating. But let's not forget that Cindy called 911 and said that she "found my daughter's car and it smelled like there's a dead body in the damn car," then changed her story to claim the stench came from a rotting pizza or a dead squirrel. That's the kind of U-turn that can induce whiplash in other places; it seems routine in Our Dumb State.

Blood is thicker than water, and going to bat for your kid is usually a fine trait. But when your kid's car smells like death, your grandchild is missing and your kid's caught lying to the cops, it may be time to rethink your allegiance. Doubly so when you describe said kid as a "sociopath." Unless you live in Florida, of course. 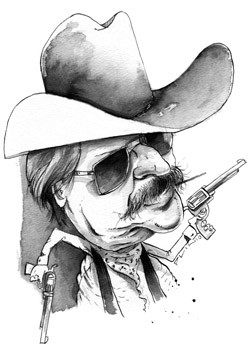 Stupidity isn't native to Orlando; it just seems to flourish here in the humid air. Example: Leonard Padilla, the glory-seeking, cowboy hat—wearing California bounty hunter who put up Anthony's $500,200 bail. Padilla, a perennial also-ran for public office out west, told the media that based on his 33 years of bounty hunting, he could get Anthony to open up after a hot shower and a manicure. When Casey Anthony bonded out on the child neglect charges Aug. 22, Padilla told reporters he was confident that Caylee was not only alive, but would be home within a week.

He underestimated the denizens of Our Dumb State.

Padilla boldly concluded that Casey's baby-sitter story was made up, and posited that she had passed Caylee off to friends so she could "re-establish" herself. Casey's casual demeanor about the whole affair led Padilla to believe that the child must be safe; otherwise Casey would be freaking out, right?

On Aug. 28, he told reporters he thought Caylee was dead and wanted Anthony's bail revoked. He did just that after the Orange County Sheriff's Office arrested her on check theft charges, and as best we can tell, washed his hands of the whole thing.

No sooner had he given up on Anthony than an anonymous donor ponied up Anthony's bail, and she was once again released. And the sick soap opera continues. 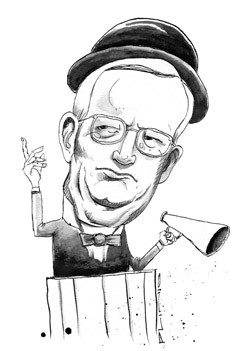 It was amusing — and, in a way, not surprising — to read about the sheriff's deputy who was fired for lying about his relationship with Casey. But that's not what makes local law enforcement's handling of this case such a conflagration of idiocy.

The barrage of leaks and titillating details from the cops has managed to provoke a vigilante mob that camps out in front of the Anthony home, but has not moved the case forward one inch. 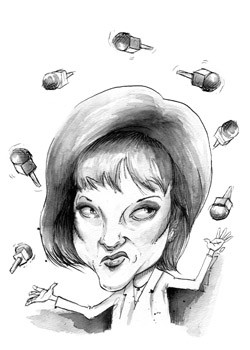 Of course the loudest, most obnoxious media idiocy hasn't come from anyone local; that dishonor goes to none other than CNN Headline News' Nancy Grace, the smarmy maven of TV crime punditry. Grace devotes night after night to the story, and no detail is too small for broadcast. Was it just us, or did Grace seem just a little too excited about the pictures of Casey cutting loose, allegedly while her daughter was missing? "More new pics of tot mom alleged sexy partying!," screamed the headline. Yes, with the exclamation point.

Grace, you'll recall, gets some of her best material from Florida. In 2006, she berated the obviously troubled mother of missing child Trenton Duckett, and not long after Melinda Duckett killed herself. Her family filed a federal wrongful-death suit against Grace, which is still pending. And Trenton Duckett is still missing, by the way.

Nancy Grace may have set the bar low, but local media is doing their best to limbo right under it. Remember the WFTV Channel 9 "rotting pizza" test?

A search of WFTV's online archives turns up 154 stories as of Sept. 4. There are stories about Casey leaving her house to meet with lawyers, Casey meeting a case agent in jail, a psychic searching for Caylee, and more.

Of course, WFTV doesn't have a lock on saturation coverage. Has Casey turned down jailhouse visits with her parents? What kind of monitoring ankle bracelet does she wear outside of jail? How's she doing in jail anyway? ("She has been a model inmate," according to a jail spokesman, and she eats lunch at 11 a.m.) How did the Anthonys go about finding a spokesman? All that and more can be found in the Orlando Sentinel.

And then there was the Sentinel story on the glut of Anthony stories. "The relentless search to find Caylee and the intense media coverage have had a chilling effect on her friends. Their silence has made it difficult to get a clear picture of Casey Anthony," the Sentinel declared Aug. 9. Imagine that.

Why wait for the cops to solve this thing? This is Central Florida! Grab a sign, stand out in front of the Anthony home and act like an imbecile! It's your birthright. You'll probably find a large group of like-minded souls.

On Sept. 2, about 50 or so such concerned citizens gathered, waving signs accusing Casey of being a baby-killer and chanting, "Murderer!" Five of them took it upon themselves to bang on the front door, a tactic the police clearly never thought of.

More enlightened Central Floridians are volunteering to help Texas EquuSearch, the organization that is actually out combing the woods looking for Caylee, or at least it was until flood waters interrupted their work. But those folks don't get to display their anger on TV.

Last, and certainly least, is this execrable group of anything-for-publicity rockers that showed up in front of the Anthony home Aug. 24 on a flatbed truck and proceeded to disturb the peace with their "music." These are the same kids who partnered with felon Lou Pearlman in a desperate grab for attention before Pearlman got shuttled from Orange County jail to a federal prison.

They even wrote a song about this whole sad circus. It's called "Casey's Song (Wine Sick Mind)." Remember, kids, if you can't make it on talent, make a spectacle of yourself. That's the way it's done here in Our Dumb State.