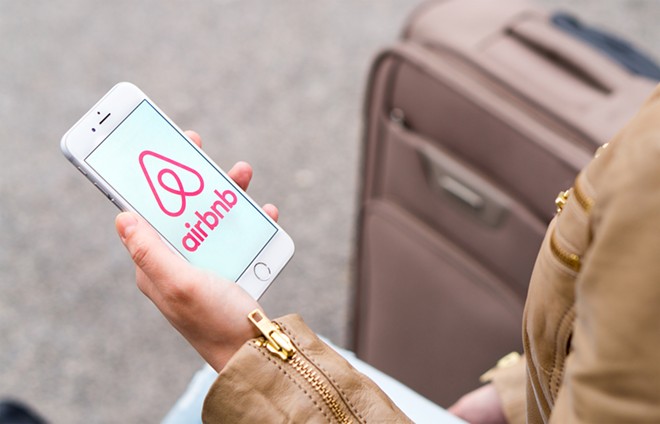 Photo by Tero Vesalainen via Shutterstock
Airbnb hosts in Florida welcomed more than 4.5 million guests to the state in 2018, and a good portion of those visitors stayed in Osceola County.

Statewide data indicates that Airbnb and its host community appear to be complementing – rather than competing with – the Florida hotel industry," Airbnb says in a statement. "The most recent state-commissioned report demonstrates that Florida hotel occupancy rates, daily prices and revenue have grown steadily even as local hosts welcomed millions of guests. This suggests that vacation rentals are opening up the state to a new slice of prospective tourists by catering to travelers less able to afford hotels, those who desire to stay in neighborhoods or cities that lack hotels, and families who prefer to be together under one roof."

Airbnb released its report the same day as Gov. Ron DeSantis announced he would target the company over their decision against listing properties in Israeli settlements in the West Bank. DeSantis said Tuesday that the State Board of Administration would determine if Airbnb is subject to a new Florida law that prohibits state investment in companies that boycott Israel.

In a statement to the News Service of Florida, Airbnb said it "unequivocally rejected" the Boycott, Divestment, Sanctions, or "BDS," a Palestinian-led movement boycotting Israel.

"We have worked with the Florida State Board of Administration on this matter, we remain committed to the more than 45,000 Airbnb hosts in Florida who share their homes with over 4.5 million visitors, and we’ll continue to do all we can to support our community," Airbnb told NSF in a statement.