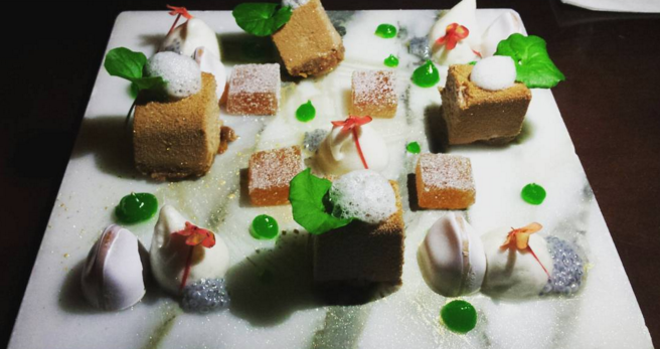 Photo by Faiyaz Kara
We may have one of the last incognito restaurant reviewers in all the land.

This is one in a series of essays from friends and allies of Orlando Weekly readers in support of our recently launched Press Club. Faiyaz Kara moved to Orlando from Toronto, Canada; he became Orlando Weekly’s restaurant critic in 2006. He’s now arguably the best-known food writer in the city.

When I rode Toronto's subways and streetcars; when I pounded back maple dips at Tim Hortons; when I sat in a doctor’s office awaiting free health care: The alt-weekly was there. My comfort read. I was drawn to the free-thinking columnists in NOW Magazine and Eye Weekly who helped form my worldview (not to mention I felt unbearably cool tucking one of these finger-stainers under my armpit – hey, it was the ’90s). On reading Kathryn Borel’s guerrilla wit in Eye, I thought, Why aren't all restaurant reviews written like this? Then there was Eye managing editor William Burrill, whose gonzo irreverence and humor was as much a foundation in his writing as it was in his mayoral campaign of 1997.

When I moved to Orlando in 1999, it was the Weekly I tucked under my armpit, thankful that a) it didn't stain my fingers as badly as NOW and Eye and b) the writing wasn't just honest and progressive, but provocative and clever. Billy Manes’ “B-List,” “Blister” and “Happytown” columns became a Wednesday must-read for me. When Manes ran for mayor in 2005, I couldn't help but think of ol’ Billy Burrill.

A year later, I became Orlando Weekly's restaurant critic and felt incredibly proud to be a part of its ballsy, defiant narrative. Today, I’m proud that it continues to hold the establishment to task by openly challenging tradition, championing the arts and giving a voice to the voiceless; proud that the commentary is as unabashedly colorful as the Orlando Weekly newspaper boxes scattered about town; and proud its words have made an indelible impact on our community. Diversity of opinion is essential to any serious metropolis and Orlando Weekly, I'm happy to report, still takes its alternativeness seriously.

_
Our small but mighty team is working tirelessly to bring you news on how coronavirus is affecting Central Florida. Please consider supporting this free publication with a one-time or monthly donation. Every little bit helps.