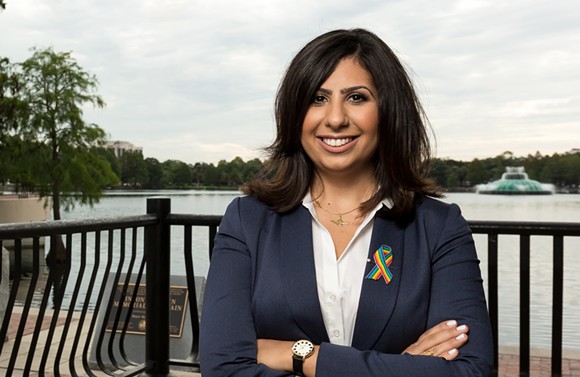 The first episode of the four-part series debuts today on VICE News' YouTube channel. The next two episodes will be released Tuesday and Wednesday, with the fourth to be released after the Nov. 6 general election, according to a news release from Eskamani's campaign.

Eskamani is featured alongside three other candidates – each of whom would make history if they pull off a win next month. If elected, Democrat Deidre DeJear would become the first African American elected as Iowa Secretary of State. Pearl Kim, a former special victims prosecutor and sexual assault survivor, is a Republican running for a U.S. House seat in Pennsylvania left open by a #MeToo scandal. And Morgan Zegers, a 21-year-old Republican, is running for the New York State Assembly as its youngest member.
Per the news release, while filming the episode featuring Eskamani, the VICE News crew joined her for the two-year anniversary of the June 2016 Pulse massacre, for a film shoot, in class at UCF, and during a debate.

"From team meetings to door knocking, to house parties and fundraising, the VICE News team dived deep into Anna's campaign, and are sure to offer an exciting perspective into the life of House District 47 candidate Anna Eskamani," the release says.