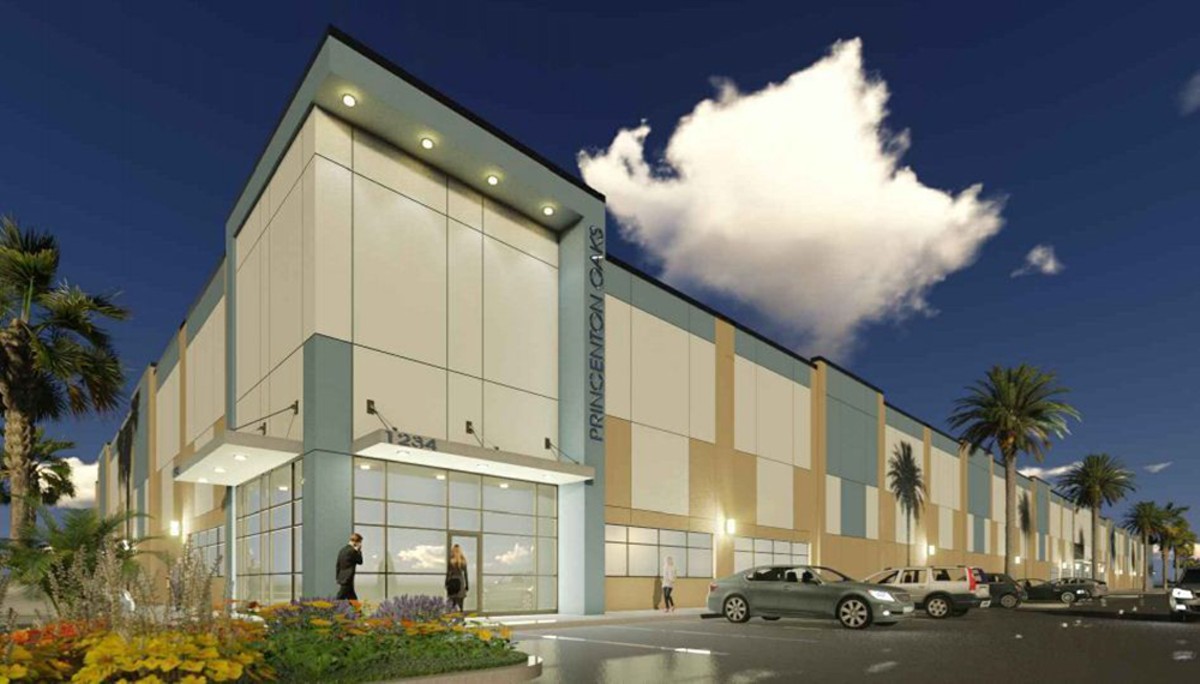 In between West New Hampshire Street and WD Judge Drive in West Orlando, Marchelle Robinson and her neighbors have what she calls "a little piece of heaven."

"There's no lights," Robinson says. "No noise. No people. We just have the animals and the crickets. Everything is wonderful."

But that could soon change.

Robinson and her neighbors have been fighting for months now against developers who want to build an industrial park called Princeton Oaks on the 123-acre property that includes the wetlands. Developers say Princeton Oaks could create new jobs for Orlando's District 5, which is in need of them.

The Princeton Oaks project wouldn't be unusual for the area. Currently, other industrial warehouses, including one for Frito-Lay, and car dealerships surround the community. The project proposes wiping out almost nine acres of wetlands and the remaining forest to build 11 structures and a road through the property. It would conserve about 27 acres of wetlands in the middle. At a quasi-judicial hearing to determine the fate of the project last week, Robinson and other residents remained unconvinced that it would be good for their neighborhood.

"This has changed what I feel about Orlando, because I thought it was supposed to be for the people, not just for big business," she says. "You just closed us in by industrial parks. That's environmental injustice if I've ever seen it in my life."

Before the 1.03 million-square-foot project was called Princeton Oaks, city officials and residents knew it as Princeton Village.

Trusts for Nancy Rossman and Scott Gold owned the land along WD Judge Drive when it was still part of Orange County. In 2005, KB Homes submitted an application to Orlando to have the property annexed into the city. KB Homes planned to build Princeton Village, a complex consisting of 1,275 dwelling units, 300,000 square feet of retail space and an elementary school. In a 2011 growth-projection report, the city called Princeton Village one of the most significant retail developments in the city's northwest sector, and the elementary school was projected to open between 2021 and 2025.

Somewhere along the way, the project fizzled out, and in 2014, according to city emails, CNL Commercial Real Estate and the Orlando office of engineering firm VHB proposed an industrial use for the site.

The application for the project, made by Jim Hall of VHB, asked the city's Municipal Planning Board to change the property's zoning designation from low residential to industrial and amend the existing planned development to allow an industrial park. Developers paid Joel Thomson of Thomson Environmental Consulting to do an environmental study of the land, which was included in the application.

Thomson classified the wetlands on the property as "low quality" due to a history of on-site and regional hydrologic impacts. The environmental scientist said he found two burrows potentially occupied by gopher tortoises, which are listed in Florida as a threatened species. Thomson did not find activity of any other protected species.

In July, before the planning board meeting, the developers had a community meeting, but only 12 residents attended. In early August 43 courtesy notices were sent to residents and businesses within 400 feet of the property, according to city emails. Biologist Dr. Wanda Jones, who lives one block away from the industrial park, attended the planning board meeting on Aug. 18 when the board approved the project.

Jones, her mother, Mamie Jones, and Robinson are spearheading the opposition to the project. They attended an Oct. 19 City Council meeting at which the city was voting on future land-use designations and a truck policy for the property, but the council could not vote on the zoning ordinance because Jones had filed a petition for a quasi-judicial hearing.

"There have been a number of studies that have been conducted by the Center for Disease Control, by OSHA and a number of prestigious universities that prove that diesel exhaust fumes lead to lung cancer, lead to cardiovascular disease, hypertension, diabetes, blood clots and also genetic mutations," Jones told council members. "This environmental injustice tends to happen in African-American neighborhoods. This doesn't seem to happen often in Caucasian neighborhoods."

Jones also cited environmental concerns, excess noise, traffic and the fact that the neighborhood is already surrounded by industry. City Planning Division manager Dean Grandin said the industrial park would be more of a corporate center, allowing for light assembly, warehouses and offices. Commissioner Regina Hill, who represents the district where Princeton Oaks will be, told residents she saw joblessness in the area.

"There's over 600 jobs created with this project right there in that corridor," she said. "We're not talking about high-tech jobs, we're talking about workforce jobs. ... Most people are for progress in that corridor called Mercy Drive because there has been so much hopelessness and despair for a very long time."

Tensions ran high last Wednesday as both sides tried to convince a hearing officer of their arguments.

Attorneys for the developers and the property owners said in their response to Jones' petition that she had not provided any factual evidence for her claims the project would damage neighbors' health and impact the environment.

"It is evident from the face of the petition that Petitioner is opposing the project simply because she wants the property to be utilized for a conservation area ... and not for any valid land-development concerns," the response says.

Attorney Becky Wilson says her clients' proposed development will lessen the traffic impact to the area, preserve wetlands that Princeton Villages would have stripped away completely and create jobs in a district that needs them.

The residents told the hearing officer they were several small Davids fighting an influential and wealthy Goliath. City election finance records show that CNL Financial Group, the parent company of CNL Commercial Real Estate, and VHB donated money to Mayor Buddy Dyer's recent campaign for re-election, to the tune of $7,000 and $500, respectively.

One of the parcel's owners, Nancy Rossman, is no stranger to the Central Florida real estate community. In 2001, Rossman and a business partner bought 1,584 acres near the Wekiva River for $7 million that Florida had shown interest in for preservation, according to the Orlando Sentinel. Five years later, when the state wanted the land for the Wekiva River Parkway project, she sold it to them for $74 million.

"We constantly see our way of life and what we're accustomed to changing for big business and big developers and we're just tired of it," she says. "I'll consider myself a David, because David did bring down Goliath."

The hearing officer in the case has 45 days to issue a decision to City Council.