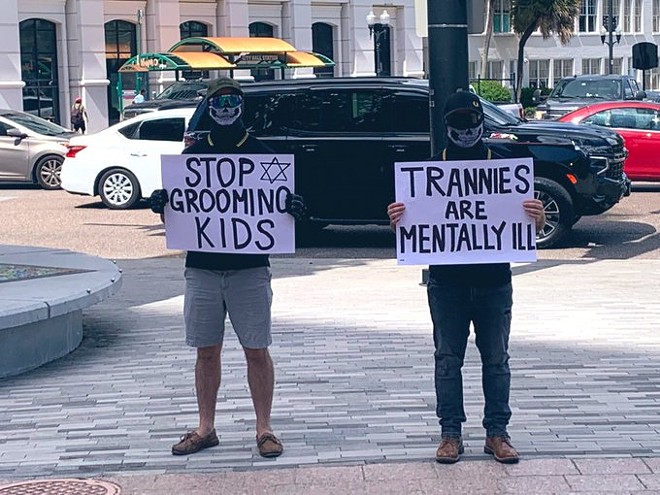 Right-wing and neo-Nazi movements seem to have a foothold in Central Florida. Beyond rallies in Tampa and Orlando, at least a few of them feel confident enough to counter-protest progressive causes.

A handful of counter-protesters appeared at a trans rights rally in downtown Orlando over the weekend. The rally came after the Florida Department of Health urged doctors to not provide gender-affirming care for youths. The move is the latest example of the Florida GOP's anti-trans agenda. The appearance of the Proud Boys, spouting the same rhetoric alongside anti-Semitic signage, shows the sort of company the Republicans keep.

Local representative Carlos Guillermo Smith attended the rally on Sunday and spoke against the counter-protesters, especially the ones who wore masks to hide their faces. Smith called them hypocrites for covering their face only when they feared retribution for their hateful views.


We had a message for the COWARDS spewing hatred, antisemitism and transphobia protesting our rally for trans rights who decided to wait until right now to finally put MASKS on their faces to hide their identities from the public and hide their shame. 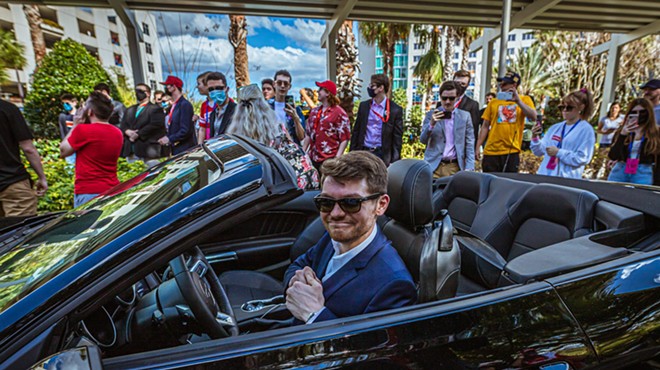 “To the cowards who are spewing hatred and anti- semitism and transphobia who decided to wait until right now to finally put masks on their faces so that they can hide their identities from the public and hide their shame. You will lose,” Smith said. “And their hateful messages targeting multiple communities, not just the trans community is a reminder of why we have to stick together.” 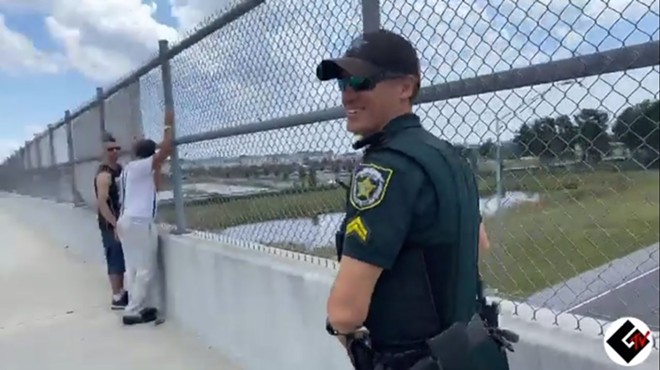 The appearance in downtown Orlando is part and parcel of a larger movement in Central Florida. Last week, an extremist group of around 100 neo-Nazis marched in front of a downtown Tampa’s convention center during the Turning Point USA conference. Earlier this year, Nazis gathered outside Waterford Lakes Town Center to protest and attacked a man who confronted them. 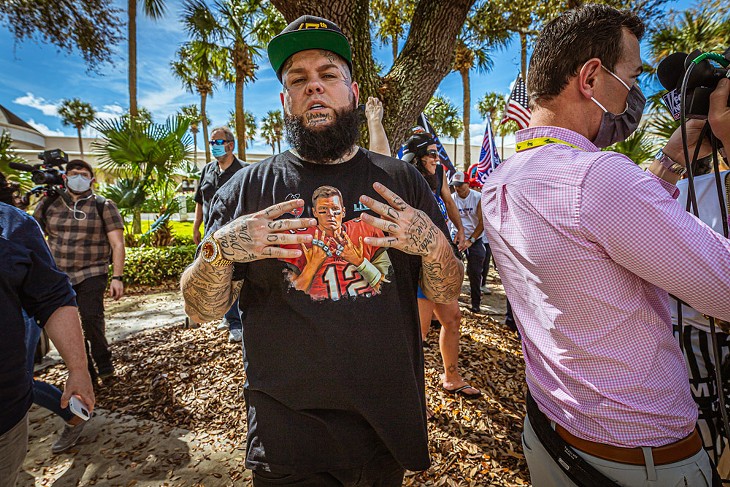 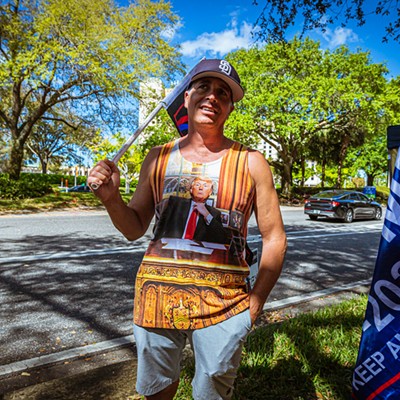 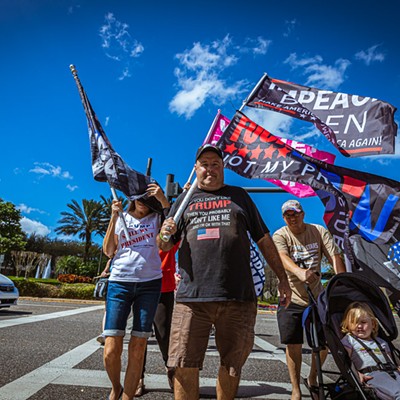 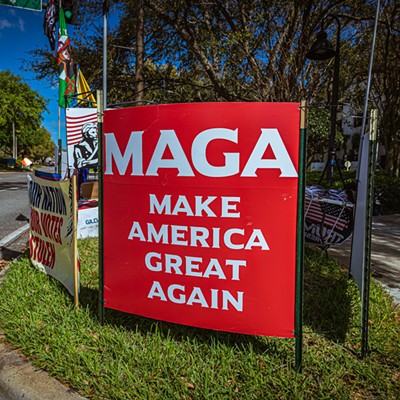 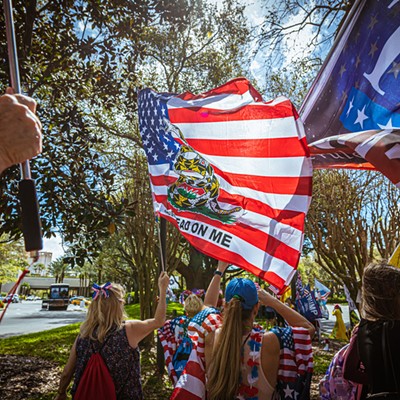 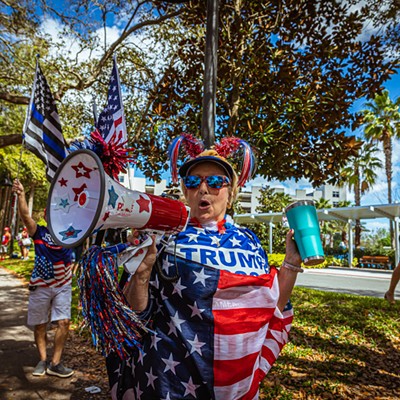