Orlando rallies with cities around the country to march and mark the 50th anniversary of 'Roe v. Wade' this weekend 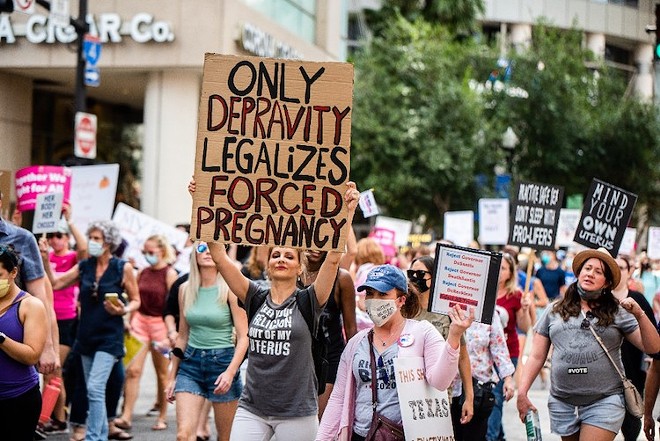 Since then, the abortion care landscape in the U.S. has changed dramatically. And that came after Florida's GOP-controlled legislature approved a 15-week abortion ban — a decision that has (and will continue to have) major implications for abortion care in the South.

To mark the 50th anniversary of Roe v. Wade, Orlando abortion-rights advocates will join a National March for Abortion Saturday. This will be an "expert-led rally followed by a march for our rights," per Florida Rep. Anna Eskamani's Mobilize RSVP page.