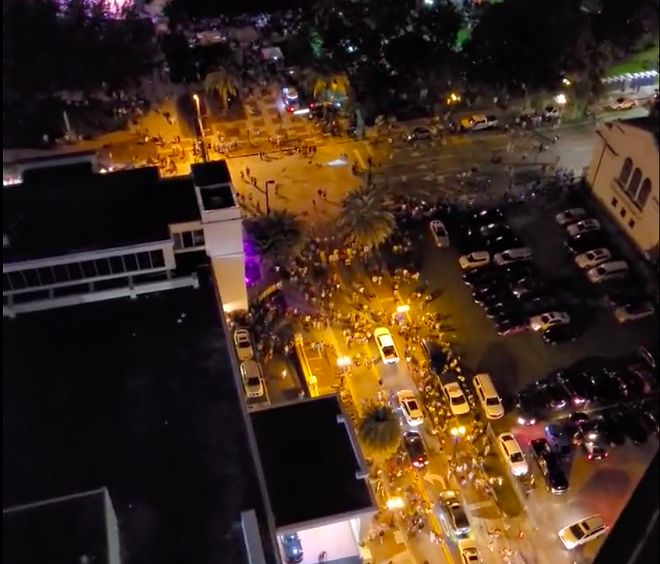 Orlando Police determined that "no criminal activity" led to the panic at Lake Eola during Orlando's 4th of July celebration.

The party at Lake Eola drew in as many as 100,000 celebrants, but that scene quickly turned frightening after something spooked the crowd. An initial panic radiated outward through the crowd as people ran from the edges of the lake into surrounding downtown Orlando streets.

Police investigated videos and several tips and found no evidence that anything untoward caused the sudden rush. 12 people were injured in the confusion.


"After receiving more than one hundred phone calls, following nearly 20 tips through Crimeline, and reviewing hours of video, our detectives have determined no criminal activity was found that led to the commotion," they shared in a statement. "We thank our community members for the outpouring of information, videos, and photos facilitated to our detectives during this investigation."

It's likely that festivalgoers were on edge following a widely reported mass shooting that took place in Illinois earlier in the day. A gunman opened fire on an Independence Day parade in the wealthy Chicago suburb of Highland Park, killing six people and injuring several more. Police quickly captured their suspect, Robert Crimo III.