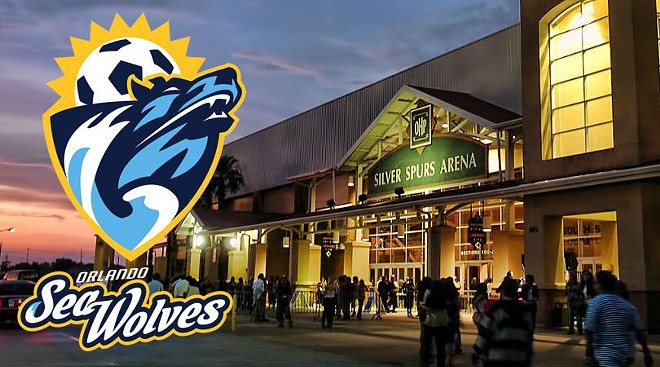 This afternoon, the Major Arena Soccer League formally announced their latest team, the Orlando SeaWolves, and they're holding open tryouts May 19-20 at XL Soccer World, which is located at 825 Courtland St.

There's a $75 tryout fee and you must be at least 18 years old to try out. More info can be found here.

According to a statement from MASL, the team's name was chosen from a list of 2,800 user-submitted ideas. "Our sea wolf is perfectly at home on land, but can kick it with the gators, too," said SeaWolves General Manager Chris Kokalis.

The team will kick off its inaugural season this December at Silver Spurs Arena in Kissimmee.