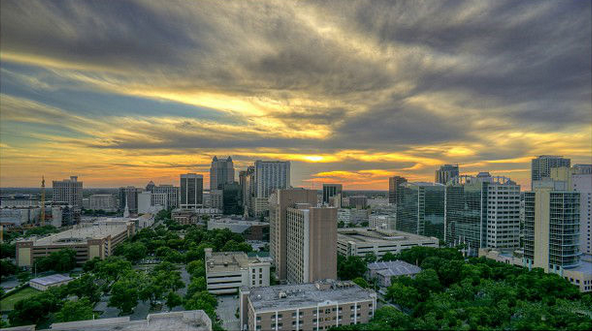 It's college graduation time and, after graduating college, former-students have to go out and find themselves a job. They've got student loans to pay, you know? For many millennials, this means looking beyond the cities they grew up in, as well as those in which they attended college. To assist the graduating-millennials in their search, Niche released a list of the top 25 cities and neighborhoods for millennials earlier this month. Orlando just barely made the list, landing at number 24.

To create the list, Niche considered various statistics, including percentage of the population aged 25 - 34, crime rate, and median rent and income. Orlando's crime rate was only one of two cities on the list that ranked above average. The other, surprisingly, was Salt Lake City. Also, Orlando's median income was the second lowest on the list at $25,330. Unfortunately, our median rent was not commiserate with that figure. These statistics were not the only factors that Niche considered, however, including responses to surveys such as "Best Shopping" and "Best Areas to Live After College".

In addition to the rankings, Niche also highlighted the best neighborhood for millennials in each city. In Orlando, they highlighted Lake Eola Heights, which seems surprising, as Niche describes the neighborhood as having "very high home values and high rent costs". You'd think recent college grads would want to live somewhere with reasonable, if not cheap, rent.

One of the glaring omissions Niche made when creating this list was leaving off employment opportunities. Millennials can move here all they want, but if there are no jobs, what's their incentive to stay? Right now our unemployment rate is six percent, which is three tenths of a percent less than the national average. We're almost three percent lower than the city who took the number one spot, New York City, who currently has an unemployment rate of 8. 9 percent. Orlando definitely wins there.

“You have to take it all into account,” says founder and CEO of Niche Luke Skurman to Forbes, “Every city has a strength and every city has a weakness, but these are fantastic places to get going, start jobs, start families.”