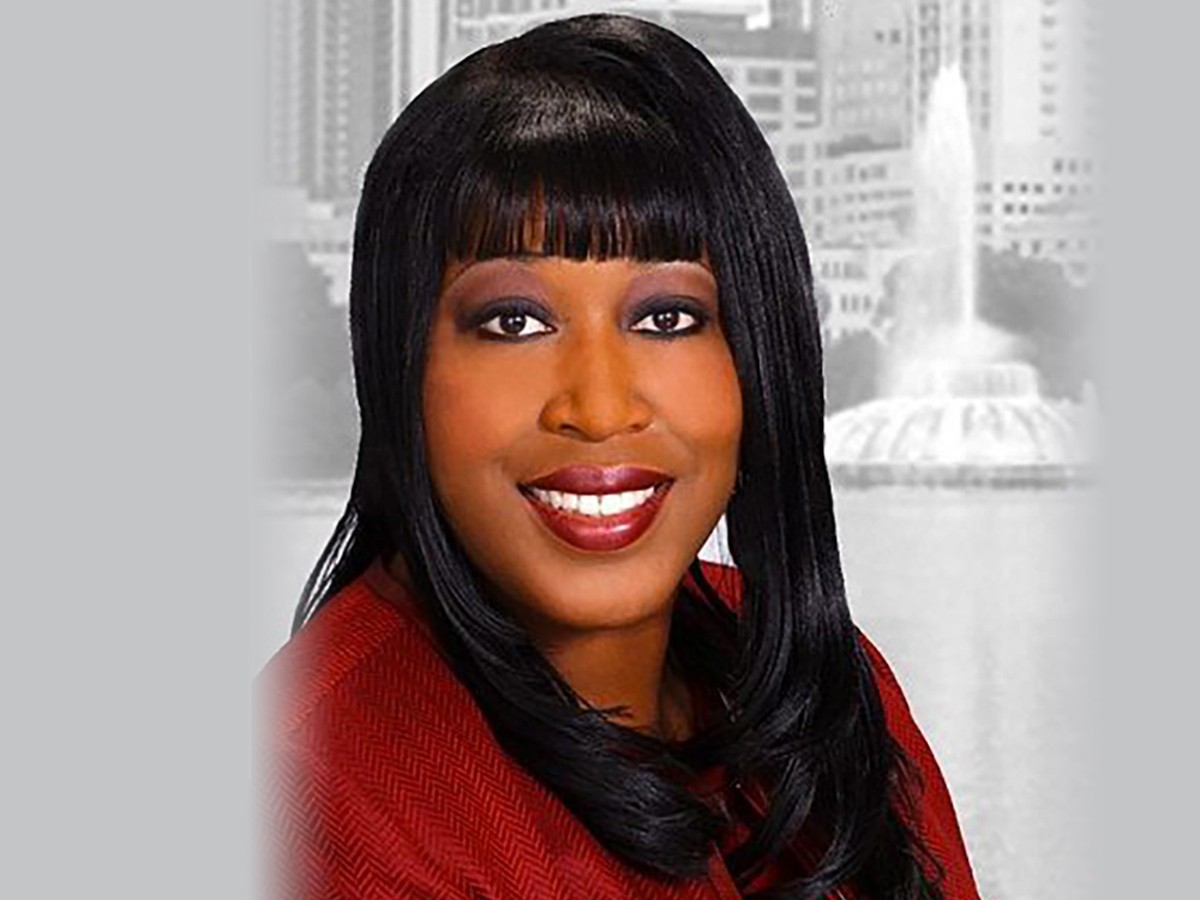 "I take care of the 99 percent," says Gelzer, who prides herself on "amicably" standing in front of policymakers and asking questions. "I would like to see how you make the decision as to why you pave some streets before others."

She is also no stranger to the campaign trail; this bid for District 6 marks at least the seventh time Gelzer has run for public office in Orlando. She has never won.

Her other claim to city government notoriety happened during the election fraud trial of Mayor Buddy Dyer in 2005, when he was indicted on charges of illegally paying a staffer to collect absentee ballots. Dyer was yanked from office but quickly returned after charges were dropped.

"The reason Dyer has a mugshot is because of me," says Gelzer, who was named as a plaintiff in the suit. She says she received threats from people telling her there would be consequences if she didn't leave Dyer alone. Gelzer says she wasn't afraid, the same way she isn't when she demands an explanation from city officials at meetings.

The $20,000 Gelzer has raised for this campaign, and every one she's run, has come entirely from friends, family, the occasional fish fry and her own pockets.

Born in Jacksonville, Gelzer moved with her family to Parramore when she was young, and she was raised there. She graduated from Edgewater High School and has a degree in economics from Rollins College. Gelzer has worked for an HIV treatment agency and in finance, legal services and various nonprofit organizations. She currently owns and operates Peabo Child Care Center, which her family founded 41 years ago.

One Orlando Police policy Gelzer would like to address as a commissioner is the use of force. She believes early escalation contributes to Orlando holding a top spot on the list of cities with the most excessive force cases. Those cases cost the city a lot of money. And neighborhoods like the very black Parramore tend to be where the police resort to excessive force first. "Crime is everywhere," says Gelzer. "Apply the same policing everywhere."

She's for increasing affordable housing in the district, but against using community land trusts. Instead of spending $7 million on a park or simply giving land to the University of Central Florida, she thinks Orlando should buy land to build affordable rentals or sell to residents.

If elected, Gelzer says she'd make sure District 6 moves up Orlando's list for repairs. She says there are partnerships to be had with the booming tourist companies who rake in huge profits just down the road from people who need homes.

"Disney World and Universal Studios bring in revenue in the district, but we clearly don't see that return," says Gelzer.

In short, Gelzer says she's the right candidate for commissioner because she has been around city business specific to District 6 longer than anyone else.

"I'm the most qualified," says Gelzer.