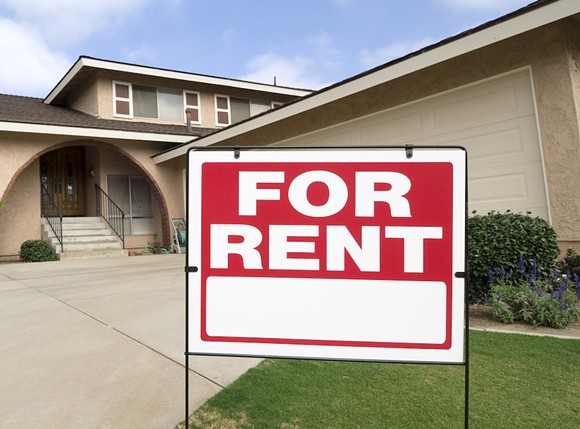 Photo via Adobe Stock
As rental rates in Orlando soar, a new report from landlord-software TurboTenant is touting Orlando as the No. 1 place in Florida to buy profitable rental property.

The report says Orlando is followed by Jacksonville, Tampa and St. Petersburg as the most lucrative area in which to snag real estate and hike up monthly rental fees. Orlando made the list due to the city's rapidly growing population and increases in home values. 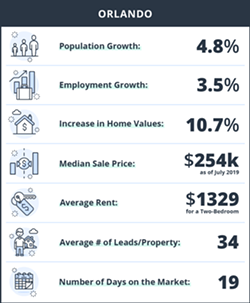 Image via TurboTenant
The company provides resources for landlords like tenant screening, and combined data from sources such as Zillow's Buyer-Seller Index and AreaVibes' Livability Score with their own data to determine that Orlando is the best place for renters to make a profit.
TurboTenant's report this month focuses on Florida, the third most populous state in the U.S. As of July 2019, the statistics on buying rental property in Orlando show that population growth went up by 4.8 percent, and employment growth increased by 3.5 percent. Home values have also increased by 10.7 percent, with the median sale price being $254,000, according to the report. On average, rental properties get 34 leads and stay on the market for 19 days.

With stats like these, it's no wonder Orlando is a goldmine for profit-seeking landlords.