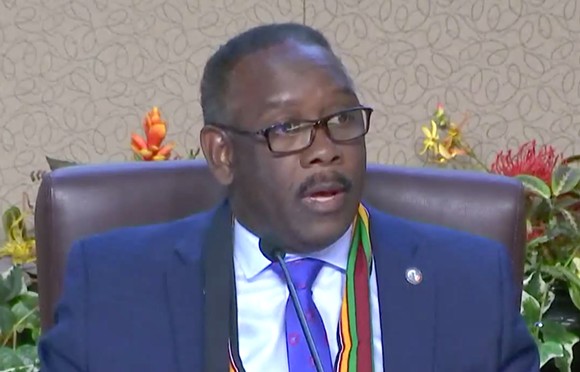 The motion to rescind the approval came from Vice Mayor and District 5 Orange County Commissioner Emily Bonilla, who, at the Jan. 28 meeting, said the state agency tasked with reviewing the plan noted the proposal was filed under the wrong administrative code. She argued the county must resubmit the plan.

The plan, which was approved by the Central Florida Expressway Authority, Osceola County and Orange County, is not a done deal until it passes muster with the state. According to Bonilla, the Florida Communities Trust – the state agency tasked with reviewing the plan – said the proposal might technically be considered a "land exchange" application to build a road.

Bonilla said she had conversations and exchanged emails with officials in Tallahassee, and concluded it was filed incorrectly as a "linear facility" application for the road.

"The course of action is to make an application and let the chips fall," said Commissioner Christine Moore.


The proposal, billed by proponents as an effort to ease traffic on Orlando's congested roadways, will connect the Osceola Parkway toll road from State Road 417 with a nine-mile extension that cuts through the Split Oak Forest. It would also donate 1,550 acres of conservation land next to Split Oak, nearly doubling the reserve. The highway itself would be on a 60-acre easement in Split Oak, with a 100-acre buffer between it and wildlife, for a total 160 acres.

At today's meeting, Bonilla said that the FCT told her that the 1,550-acre land donation in exchange for the 160 acres for the road and buffer could constitute a land exchange. As such, the county would need to resubmit its application.


Also, if a land exchange was up for a vote, Bonilla said, it requires 75 percent of the board's approval. The Dec. 17 board vote, a five-to-two decision to approving the toll road plan, was only 71 percent.

"To shortcut the process to avoid needing a 75 percent vote of the board and apply a different code is going to cost the taxpayer later," said Bonilla.

The county's legal staff said that in order to rescind the December approval, the board would have to find that the new information justifies turning back the original approval and that five commissioners would need to vote in favor to pass the motion to rescind. 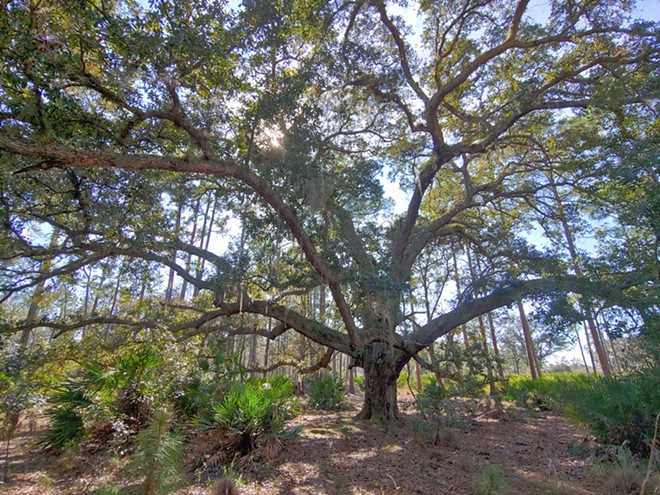 Photo by Dave Plotkin
Split Oak Forest
The commissioners deliberated and came to their decision following a long line of citizens offering public testimony pleading for the approval to be rescinded, including many members of the Friends of Split Oak, the grass-roots group leading the charge to defend the land against construction.

"Second chances don't come often, don’t let this one pass you by," said one man, in a Friends of Split Oak T-shirt. "Rescind the vote."

In the end, the board voted five-to-two to uphold the approval, with commissioners Maribel Gomez Cordero and Emily Bonilla voting in opposition, the same commissioners who voted against the measure in December.

Commissioners Christine Moore and Mayra Uribe said they didn't really know what to make of hearing information from the FCT second-hand from Bonilla, and that they would need to hear something official from the state agency which, regardless of the type of application, still needs to approve the plan.

"The course of action is to make an application and let the chips fall," said Moore. 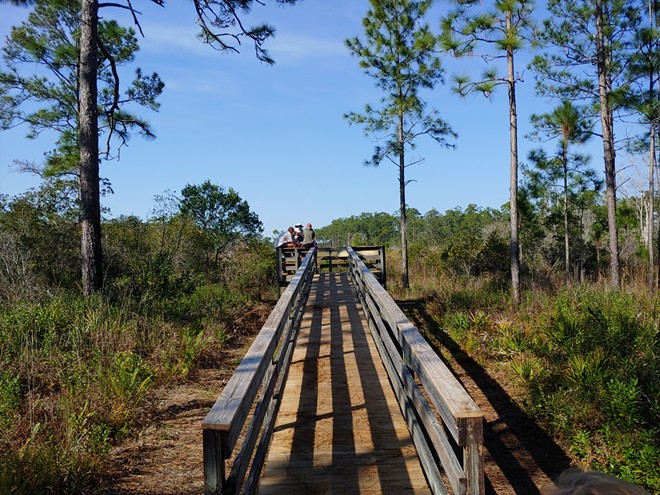 Photo by Dave Plotkin
Split Oak Forest
Stay on top of Orlando news and views. Sign up for our weekly Headlines newsletter.