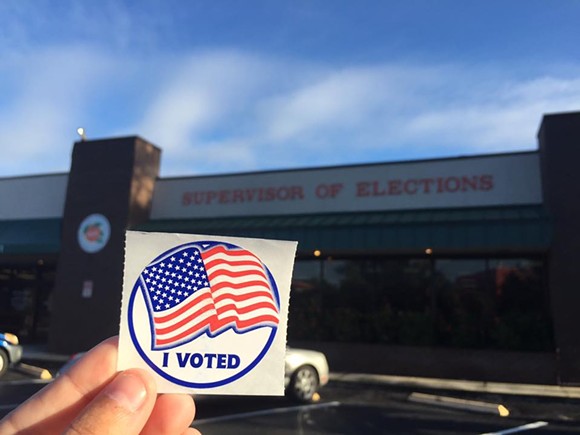 The elections office will switch from the in-house system, which has become increasingly obsolete since its implementation in 1991, to one designed by VR Systems. The Florida-based company provides a voter registration system to 64 of the state's 67 counties (Orange, Sarasota and Palm Beach are currently the only outliers) that's designed to work with the state's voter registration system based in Tallahassee.

Supervisor of Elections Bill Cowles says the conversion is expected to be completed around December and will cost around $880,000.

"We need the approval now because we want it done before we start the 2020 election process," Cowles says. "Remember, the first election is the presidential preference primary on March 17, 2020. The city of Orlando [mayoral and commission races] will be the last election using the current voter registration system."

Cowles also requested $724,000 to implement more voting equipment to sort and tabulate votes, including three more counters and 60 more tabulators that'll be used on Election Day and at early-voting locations.

"These are needed for the expanded early-voting sites for 2020, as backups and for training poll workers," Cowles says.

It will also help alleviate the surge of county voters opting to cast their ballots by mail. In 2008, roughly 118,000 Orange County voters cast their ballot by mail. Cowles predicts that number may leap to as many as 300,000 – about 35 percent of registered voters – in next year's election.

The modems in the tabulators will also be updated from Verizon 3G, which Cowles says are being de-certified at the end of the year, to 4G modems. That upgrade will require about $104,000 of the funds.