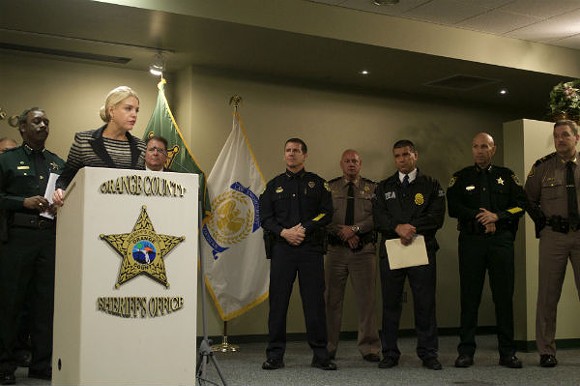 Spoiler: Despite a misleading name, this bust has nothing to do with the arrest of tiny blue people.

The operation, which happened over the course of two years, investigated a racketeering organization heavily involved in human trafficking, heroin trafficking and organized commercial sex work, ultimately leading to the arrest of 25 people. The name “Pop-A-Smurf” was derived from the investigation’s target on the organization’s leaders, a married couple named Keith “Smurf” Hamlet and Jessica “J-Baby” Hamlet. The Hamlets were arrested, but another of the organization’s leaders, Edward Charles “Man-Man” Redmond Jr., is still at large.

While conducting search warrants, officers found $10,820 in cash, five guns and several narcotics, including 59.6 grams of heroin. Demings said the officers rescued eight people from human trafficking, including a 17-year-old girl, and are expecting the number of victims to increase.

The victims were all advertised on Backpage.com, a classified listings website notorious for its reputation as a site where people advertise sex services that are often tied to human trafficking, and Bondi did not want to comment on the state’s crackdown of the site.

“Bringing these monsters to justice will always be our top priority,” she says. “We are not going to tolerate (human trafficking) in our state.”

Here are the mugshots of the arrestees, posted to Bondi's website: 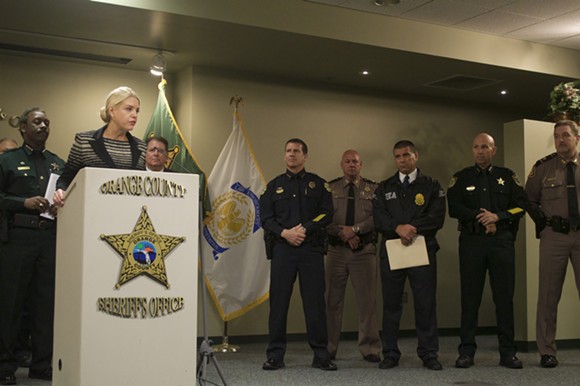