Life, the universe and everything

In 1993, as a bright and ambitious Dan Winkler was knocking on the doors of The Weekly for an advertising job, this writer still had a pacifier in her mouth somewhere in Los Angeles. Twenty two years later and one diaper less, we've met at the paper currently known as the Orlando Weekly: Dan now has the glitzy title of senior multimedia account executive, and I started as a staff writer in June. In honor of OW's 25th anniversary and because Dan has some cool things to say, I talked to him about living and working in O-town.

Monivette Cordeiro: How did you get here? Why did you come to Florida?

Dan Winkler: I'm from the suburbs of Philadelphia, and I just remember it was very overcast for a long period of time. I said, 'I want to go someplace where the sun is at.' So I went to Key West because I thought it would be something like Jamaica. It's nothing like Jamaica. Key West is a dirty little rock. And it wasn't my lifestyle. I have a brother that lives in Orlando, so I came to visit him and decided to stay.

When you started, this wasn't called the Orlando Weekly, correct?

No, it was called The Weekly. I started in 1993. ... The column "News of the Weird" in The Weekly made me laugh, so I thought 'Why not work for them?' I knocked on their door and said, 'I'd like to work for you.' They told me they weren't hiring. After the third time, I told them they didn't have to pay me because I'd work on commission only. A month later, they gave me a salary and the rest is history.

Seems like you're the only constant at OW through the years.

I've outlived them all. That's a scary thought.

Church Street was really happening, before Downtown Disney and Universal CityWalk came out. The parks would bus in adults to downtown Orlando, and they would walk to Cheyenne Saloon, Firestone, Wall Street Cantina. It was pretty neat, but when they stopped busing adults in, downtown became a ghost town. There was also a really strong art community going on before Orlando Mayor Glenda Hood almost destroyed it singlehandedly. There was a time when Orlando felt very magical; people were laughing, there were a lot of parties. It was a fun place to be. Sometimes it seems like a whole other life. 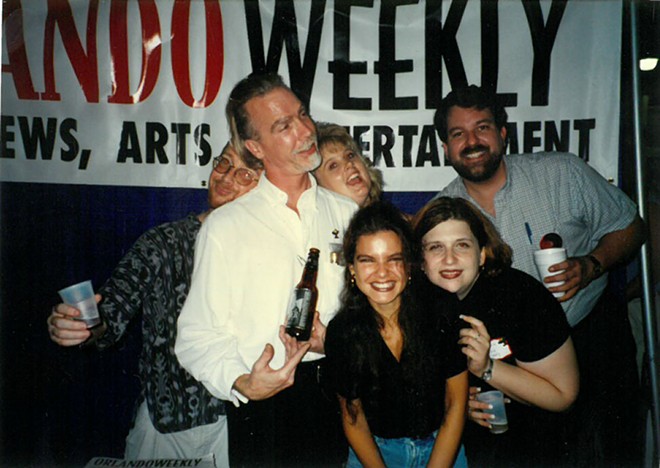 What about the music scene?

Orlando made national and global news for the music here. A lot of the best DJs in the world are from here, and they had a certain Orlando sound, like acid jazz and techno mixed together. Lou Pearlman built his empire of boy bands here, like Backstreet Boys and NSync. But Lou had a problem, and ended up in jail because he was scamming people. Then there was the Orlando Music Awards, which we put together. That was really something.

Were you here when the Orlando Metropolitan Bureau of Investigation began arresting OW staff in the "Weekly Shame Operation?"

That day was weird. There was a job fair going on at a hotel, and I was there, but I was leaving as the MBI and the cameras were coming up the stairs. Then I just heard everyone was getting arrested. They were accusing us of racketeering, and that ultimately hurt the Orlando Weekly. When the case against us got kicked out of court, you didn't hear anything. I think that news was buried in the back in the Sentinel. Some people still don't know the outcome of that case.

How do you see OW differentiate itself from other media?

The mantra of alternative papers is love us, hate us, at least you know you're getting the truth. The reason we have the readership we do and a great audience is because they know they're getting the straight information. People who've worked here are very dedicated to the product, and our readers have this feeling of ownership about the publication because it speaks to them moreso than other media. 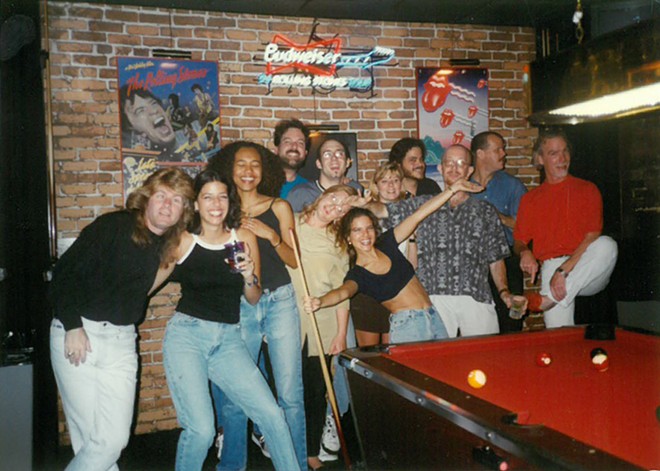 What advice would you give this very curious staffer and other future staffers?

You need to have a passion for it. Embrace it. The OW has its own culture. The same people are still reading the paper 20 years later, and that speaks volumes to the quality of the publication. I would love to think I'd be around at the OW for a while, but if the time comes when I have to leave, it will be a very sad time for me, but I'll thank them for a wonderful ride.