Off-duty sheriff reels in 50 pounds of cocaine while fishing near Englewood, Florida 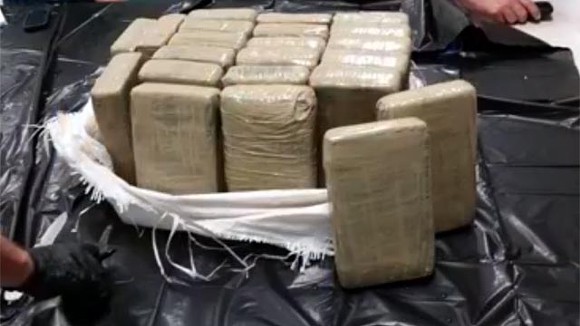 The deputy, whose name is being withheld for safety concerns, was fishing about 25 miles from the beach when he spotted the 25 bricks of uncut yeyo, which is worth up to $12 million dollars, reports NBC 2.

"We know cocaine is out there, we know it's coming in through the waterways but it's not something we see on a regular basis," said Sheriff Bill Prummell to NBC 2.

The Charlotte County Sheriff's Office is currently working with federal agents to figure out who may have lost this much blow.