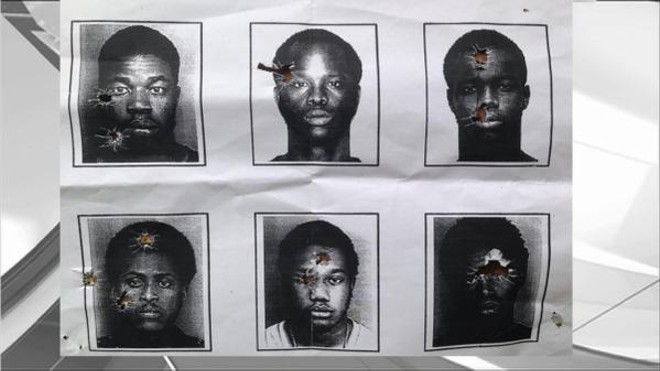 According to multiple news sources – BuzzFeed, NBC and TIME Magazine to name a few – police officers in North Miami Beach have been engaging in what sounds like a horrifying practice – they’re using real mugshots of African-American males who’ve been arrested for target practice.

In December, Sgt. Valerie Deant of the Florida Army National Guard was at a shooting range, which had recently been used by North Miami police snipers, when she came across some mugshots of black men with bullet holes in them. She recognized one of the males as her brother, Woody Deant, who had been arrested in 2000 when he was 18 for drag racing. Deant spent four years in jail, but today, he's a husband, father and career man. The whole Deant family was distraught to learn that police officers were shooting at an image of his face.

The sniper team of the North Miami Beach Police Department uses various mugshots to help its officers master facial recognition, Police Chief J. Scott Dennis told NBC, and although he says nobody will face any punishment for the activity (no policies were violated), he says the department "should have used better judgment" in selecting images for target practice. While use of photos of real people is common practice in his department, he told NBC Miami, the department should have used a wider range of images during practice (white, Asian, Hispanic) and should not have used a photo of somebody who'd actually been arrested by the North Miami police. He said that he'll make sure to expand the image inventory.

NBC Miami talked to other police agencies to ask what they use for target practice, and not surprisingly, most told the reporters that they do not use mugshots of real people – instead, they use commercially available images from a vendor.

Watch NBC Miami's report, and an extended interview with Chief Dennis, below: